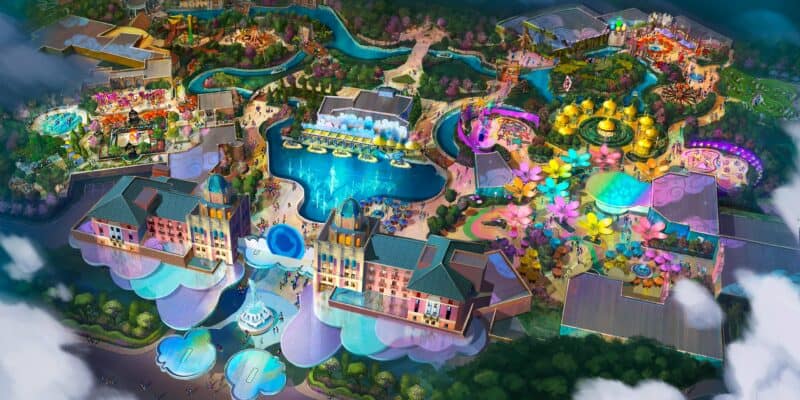 Following the shocking announcement made by Universal Parks & Resorts to develop an all-new theme park in Frisco, Texas, concerns arise among locals who have mixed feelings about the project.

Universal Parks & Resorts shocked everyone with the completely unexpected announcement of an all-new theme park set to open in Frisco, Texas, and a year-round horror experience in development in Las Vegas. While both projects caused a lot of excitement among Universal fans, with many even considering Universal the leader in the theme park industry, concerns and questions have begun to arise among Frisco locals and residents.

Related: Universal’s Brand-New Location Opening to All Guests This Month

Universal announced yesterday that the company “plans to bring a new concept for families with young children to Frisco, Texas.” Per Universal, “The new park concept, set in a lush green landscape and featuring immersive themed lands, celebrates Universal’s iconic brand of entertainment, humor, and innovation and brings to life its beloved characters and stories in ways that will wow even the youngest theme park goers.”

However, the new concept has caused mixed reactions among Frisco locals. Per CBS News, more than 100 residents of the Frisco area attended a public meeting with city officials and developers on the big project that homeowners hope won’t bring more trouble than benefits.

While the upcoming amusement park is expected to attract millions of visitors to the Frisco area and will undoubtedly be an economic boost for the city, homeowners want to ensure it won’t be a headache for them. Residents of the area reportedly knew there would be a new development but never imagined an amusement park.

Frisco homeowner Stevick Dustin said to CBS, “I just heard about it and I don’t know about it being so close to home.” The most common concern was, “what about traffic?” As voiced by homeowner Philip Ray, “That entire parkway is going to be full of 1,500 cars every day.” Developers expect that the new theme park will draw as many as 20,000 vehicles a day on weekends and less than half of that on weekdays, adding that the new project will be just a quarter of the size of the company’s Orlando property, Universal Orlando Resort.

However, as NBC5 reports, city leaders and theme park officials assured that “patterns have been studied” with the aid of consultants and added that new roadways and changeable lane assignments would be used to mitigate the impact in the area. It is important to mention that there is currently no set timeline for the development of the new theme park, as theme park officials commented they are still pursuing the appropriate approvals from city authorities.

Locals also voiced concerns about increased noise in the area during construction and once the new theme park opens. To that, Universal officials promised that a tree line would be created as a buffer that would keep the Park insulated from nearby neighborhoods.

The new Universal amusement park will have the potential to span 97 acres east of the Dallas North Tollway and north of Panther Creek Parkway, and will be home to a 300-room hotel, and will be geared up to attract a younger audience with character meet-and-greets, family-friendly attractions, and entertainment shows among other offerings.

In addition to this all-new family theme park concept, Universal is gearing up for the long-awaited debut of Super Nintendo World at Universal Studios Hollywood, which is hosting a series of exclusive preview events. And over in Florida, Universal’s Epic Universe continues to show significant progress while the company embarks on another multi-million-dollar project.

What do you think about Universal’s new theme park coming to Frisco, Texas? Will you visit it once it opens? Let us know in the comments below!