Move Over Disney, Universal Now The Industry Leader In Theme Parks - Inside the Magic 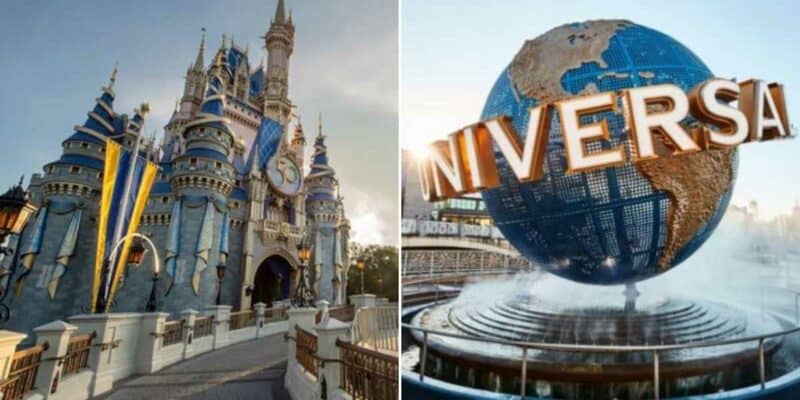 A theme park war is upon us.

For the last several decades, there has been one clear industry leader, and that’s been Disney Parks. In the U.S., Disney boasts two major Resort areas– Walt Disney World Resort and Disneyland Resort— which have a total of six theme parks and two water parks.

Over the last week, several announcements have come forward revolving around the future of Disney Parks and Resorts. Disney announced this week that TRON Lightcycle/Run in Magic Kingdom would be opening in April. In addition, Disney made changes to Park-Hopping hours at Disneyland Resort and Annual Passholders at Walt Disney World no longer have to have reservations after 2 p.m.

Just today, Disneyland announced that a new Princess and the Frog-themed restaurant would be coming to Disneyland Park, as well, but it seems like it was all overshadowed by the announcements made by its competition.

Universal Studios is now the industry leader in theme parks

Just a day after the bevy of announcements that Disney made, Universal Parks & Resorts answered by announcing plans to build two new theme parks.

Universal Orlando Resort is already in the midst of constructing Epic Universe, which will be the largest Universal Park in the world when it opens in 2025. But, now Universal will be expanding its footprint with two amazing experiences.

Frisco, Texas will be home to a new Universal Studios theme park, which will be specifically designed for families with younger children. The new theme park concept, set in a lush green landscape and featuring immersive themed lands, celebrates Universal’s iconic brand of entertainment, humor, and innovation and brings to life its beloved characters and stories in ways that will wow even the youngest theme park goers.

If that weren’t enough, Universal announced that it will be bringing a “year-round horror experience” to Las Vegas. The 110,000-square-foot location focusing on horror is coming as part of an expansion to the Area15 district that opened in 2020. The location, near the city’s famous Strip and off the 15 freeway, already includes themed restaurants and entertainment attractions such as Meow Wolf’s Omega Mart, an immersive art experience.

Universal has already proven to be taking steps forward, opening three attractions in the time it took Disney to open TRON Lightcycle/Run, and both Universal Orlando Resort and Universal Studios Hollywood are taking major steps toward expansion, with IPs like Super Nintendo World being a major part of their future.

Is it time that Universal receives its just due and begins to be noted as the “industry leader?” Will Disney respond with its own mega-announcement in the near future? Only time will tell.

What do you think of the competition happening between Universal and Disney? Let us know in the comments!