'Ant-Man' Actress Reportedly Dropped From Next Film - Inside the Magic 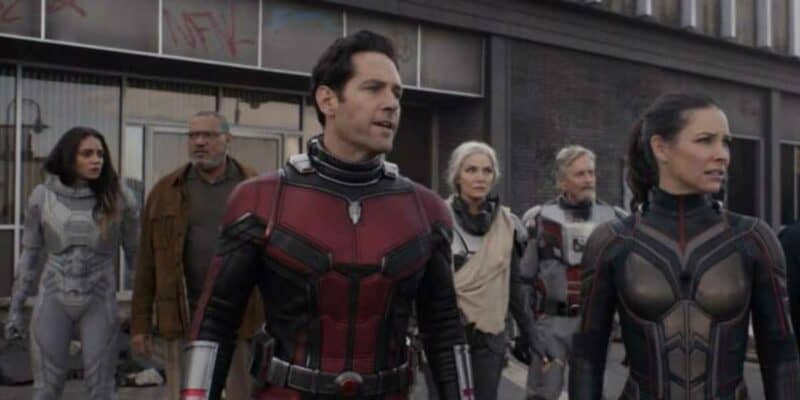 A new rumor points to one star of the Ant-Man franchise being dropped from their next movie — let’s dig in.

On February 17, fans of Kevin Feige’s Marvel Cinematic Universe will travel to the Quantum Realm in director Peyton Reed and writer Jeff Loveness’s Ant-Man and the Wasp: Quantumania (2023). The second sequel to Reed’s Ant-Man (2015) sees Paul Rudd’s Scott Lang and Evangeline Lilly’s Hope van Dyne, the titular pairing, co-lead an all-star cast of characters into the depths of the Quantum Realm where they will face off against the newest Big Bad, Kang the Conqueror (Jonathan Majors).

While Ant-Man and the Wasp: Quantumania begins Marvel Phase Five, it will be the crossover anti-Avengers movie, Thunderbolts (2024) and vampire-centric Blade (2024) that will wrap up the fifth sequence next year. Jake Schreier (Robot & Frank) is attached to direct Thunderbolts with Eric Pearson (Thor: Ragnarok, Black Widow) serving as the screenplay writer.

The movie reveal was announced at last year’s San Diego Comic-Con with Hall H coming alive at this major, yet expected, new movie from Marvel Studios. Then, at the D23 Expo 2022, fans were treated to the confirmed assembled team for the first time. Thunderbolts will include the Winter Soldier (Sebastian Stan), Ghost (Hannah John-Kamen), U.S. Agent (Wyatt Russell), Valentina Allegra de Fontaine (Julie Louis-Dreyfus), Yelena Belova (Florence Pugh), Red Guardian (David Harbour), and Taskmaster (Olga Kurylenko) from Captain America: The Winter Soldier (2014), Ant-Man and the Wasp (2018), and The Falcon and the Winter Soldier (Russell and Louis-Dreyfuss), respectively, with the latter three actors from Black Widow (2021), which was also written by Pearson.

Thunderbolts will also see Harrison Ford take on the role of Thaddeus “Thunderbolt” Ross. The Star Wars legend took over the role after the passing of William Hurt who had played the role since 2008’s The Incredible Hulk. Ford is set to first appear as Thaddeus Ross in Captain America: New World Order (2024) with Anthony Mackie (Sam Wilson/Captain America) prior to his role in Thunderbolts, where he will potentially become the Red Hulk.

But, a new rumor says that this line-up of anti-heroes could well and truly change before production has truly gotten underway. According to reports, John-Kamen’s Ghost maybe being dropped from the film.

Ghost served as the pseudo-antagonist in Reed’s Ant-Man sequel, Ant-Man and the Wasp, and quickly fell into the category of forgettable MCU villains (see: Malekith, Taskmaster, Ivan Vanko, Kaecilius). Her confirmation as part of the Thunderbolts last year may have come as a surprise to some and yet it may all be over before it has even begun.

There is currently no reason why Marvel may be dropping John-Kamen from the movie, but the rumors of her not being in the final script have gained steam online. At present, the actress’s upcoming movie Unwelcome (2023) is in post-production with a release date of March 10, 2023, in the United States.

As for Ant-Man and the Wasp: Quantumania, there is no confirmation that John-Kamen’s Ghost will appear in the second sequel but fans can expect an action-packed movie detailing the rise of Kang the Conqueror ahead of his future appearance in Avengers: The Kang Dynasty (2025).

From Bucky Barnes to John Walker, Marvel’s Thunderbolts movie could end up being the MCU’s secret weapon and beginning of a brand-new franchise of films within Feige’s portfolio.

Would you be surprised in Ghost is dropped from the Thunderbolts roster? Let us know in the comments down below!