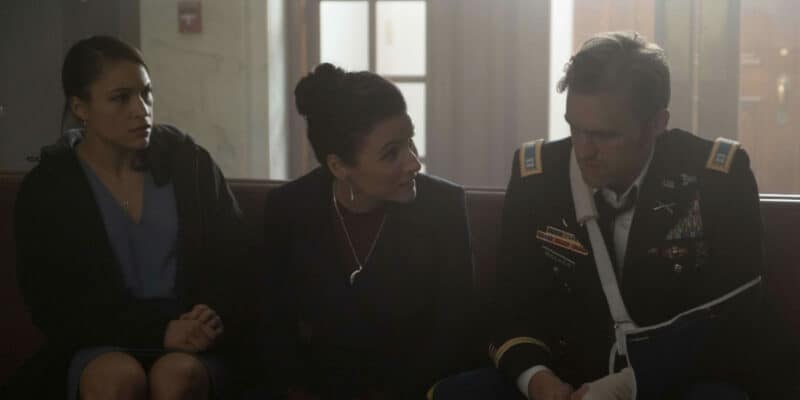 Julia Louis-Dreyfus may have more in common with Val than fans thought!

When Valentina Allegra de Fontaine (Louis-Dreyfus) introduced herself in The Falcon and the Winter Soldier, fans were presented with a new kind of villain in the Marvel Cinematic Universe. Here was someone who was without superpowers, who was from earth, who didn’t necessarily have a vendetta against Tony Stark (Robert Downey Jr.), or any hero really. She is persuasive, direct, and seemingly in control of everything behind the scenes!

This led to Belova (Pugh) and Barton (Renner) butting heads alongside Kate Bishop (Hailee Steinfeld) in the Disney+ series Hawkeye. Fans of the series will know that as part of the climax, Belova (Pugh) is finally convinced of Barton’s (Renner) innocence regarding her adoptive sister, which will make for some interesting conflict in Thunderbolts (2024).

In a recent interview with Variety, covered by The Direct, Louis-Dreyfus revealed that she, like her Marvel Cinematic Universe character, has some pull in high places! According to the interview, the former Seinfeld star had met with Kevin Feige and Louis D’Esposito, and, after accepting the role, suggested a change for the character to Marvel Studios.

In Marvel Comics, the character Louis-Dreyfus plays has a prominent white streak in her hair, which, at Louis-Dreyfus’ suggestion, was changed to purple:

“I did this to see if I can get some respect from these people in my family. I thought purple would make it a little more of this world today. And I didn’t want her to look too much like Cruella.”

That wasn’t the only suggestion either! Louis-Dreyfus also pitched to Marvel that her character be given fight scenes in Thunderbolts, and while she hasn’t seen the script, it does seem she has some sway when it comes to decision-making at the studio! Could audiences see Val (Louis-Dreyfus) come off the bench and enter the ring alongside the Thunderbolts?

What do you think of Julia Louis-Dreyfus’ change to the character? Let us know in the comments below!