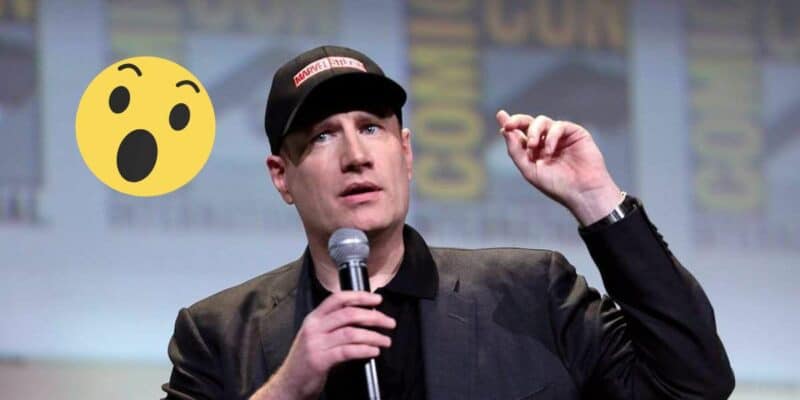 For a studio that prides itself on containing spoilers, Kevin Feige has just spoiled a huge plot point!

Marvel Studios has done an excellent job in the past of keeping a tight lid on spoilers. On the set of Avengers: Endgame (2019), strict policies were implemented to ensure the heroes leaving the franchise were kept a secret. The trailer for Spider-Man: No Way Home (2021) was even edited to conceal the film’s huge cameos and final conflict. It seems Kevin Feige has just broken that streak with some recent comments.

After the seemingly unconnected and lackluster Phase Four of the Marvel Cinematic Universe, one of the most anticipated movies from the studio is Ant-Man and the Wasp: Quantumania (2023). The third installment in the Ant-Man franchise is bringing together some great talent to play some outstanding characters in what promises to be a mind-bending romp through the Multiverse.

The production crew also can’t seem to say enough good about the film. The director, Peyton Reed, in addition to praising the performances from Paul Rudd as Ant-Man, and Jonathan Majors as Kang, has said that he’s tired of being the “Palate Cleanser” for the Marvel Cinematic Universe. Instead, Reed has promised an “Avengers” level film that is as important as any of the other films around it.

Up until this point, all audiences knew about this important film was that Scott Lang/Ant-Man (Rudd), Hope van Dyne/The Wasp (Evangeline Lilly), and Cassie Lang (Kathryn Newton) would be brought into some sort of conflict with Kang (Majors) in the Quantum Realm. Now, Kevin Feige, president of Marvel Studios, has just revealed the central conflict of the film.

In a recent interview with Empire, covered by ComicBook, Feige addressed Phase Five’s main villain, Kang the Conqueror (Majors), illustrating how much he is needed in the Multiverse:

“He is the obvious choice as you’re dealing with the Multiverse…Kang allowed us to do a new kind of Big Bad. He’s a different type of villain, warring amongst themselves as much as he’s warring with our heroes.”

That wasn’t all: going on, Feige gave away the reason why Kang (Majors) is gunning for Scott (Rudd) and his family and friends, revealing the return of a Marvel Comic era device:

“Kang’s a very powerful person, but when we meet him he’s in a position where he needs to get that power back…He has a ship and a device that would allow him to go anywhere, and anywhen he wants if he can get it online. If only he had access to genius scientists with Pym particles.”

So, now fans know: the reason why Quantumania will pit Kang (Majors) versus Lang (Rudd) is to reactivate the Marvel Comic book classic “Time-Chair,”: a device that allows the villain to travel across space and time at will. Since Kang (Majors) will be returning for subsequent titles like Avengers: The Kang Dynasty (2025), it’s safe to say that the villain will win. Does that mean that Scott (Rudd) dies? Or simply loses?

Ant-Man and the Wasp: Quantumania hits theaters February 17, 2023, and stars Paul Rudd as Scott Lang/Ant-Man, Evangeline Lilly as Hope van Dyne/The Wasp, Kathryn Newton as Cassie Lang, Jonathan Majors as Kang the Conqueror, Michelle Pfeiffer as Janet van Dyne, and Michael Douglas as Hank Pym. Quantumania will pit Scott (Rudd) against one of the most formidable Marvel villains in what has been dubbed the beginning of a “new Dynasty.”

What do you think about this conflict in the new Ant-Man? Let us know in the comments below!