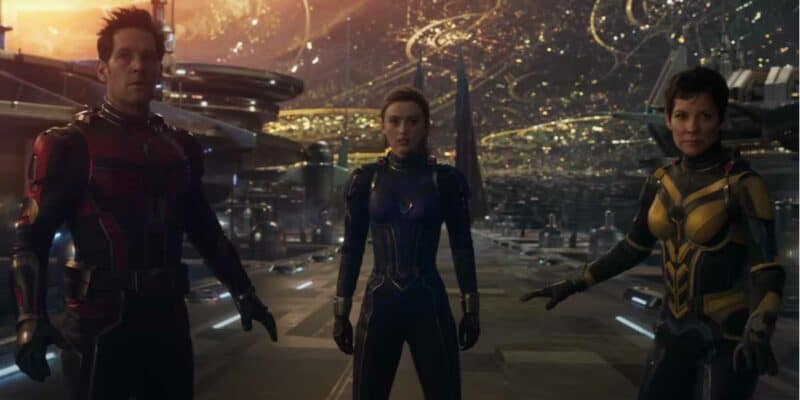 Though no strangers to recasting, Marvel is moving forward with the star.

Disney made some waves in recent years when The Mandalorian star Gina Carano was fired following continuing and controversial statements made by the star on her personal social media. This led fans to believe that Disney, Lucasfilm, Marvel, and other associated entities would be setting a precedent: break the rules, get the boot. Apparently, this is not the case with Bill Murray.

In October of last year, allegations came forward about Murray and some very inappropriate activity that occurred on the set of the now-canceled film, Being Mortal. Several reports found that the star had “kissed and straddled” a much younger female crew member without her consent, and while Murray didn’t deny the allegations, he did go on CNBC to address them.

In the interview, Murray admitted he did “something” he thought was funny, “and it wasn’t taken that way.” Since the incident, Murray has paid a $100,000 settlement to the crew member and has been reportedly working with her and her people to make things right. Despite these allegations and a spotty track record with other co-stars, Marvel has no plans to replace the star in his upcoming Marvel Cinematic Universe Debut.

Bill Murray, star of Ghostbusters (1984), Caddyshack (1980), Groundhog Day (1993), and more, will be joining the cast of Peyton Reed’s Ant-Man and the Wasp Quantumania (2023). Since the announcement of his involvement, all fans knew was that he would be in the film and, most likely, a citizen of the Quantum Realm. Now, a recent press release has let fans in on a little more information on the controversial actor.

Though there has been no statement from Marvel concerning the star’s misconduct, a new statement has been released concerning who the actor will be playing. According to the release, covered by The Direct, Murray will be playing Lord Krylar, the leader of a subatomic civilization:

“LORD KRYLAR is the governor of Axia, a bizarre and cushy community within the Quantum Realm. Call him cowardly or self-centered, Krylar unapologetically enjoys the high life his status grants him—expensive meals, exotic cocktails and top-notch transportation aboard his huge pleasure yacht. It seems he and Janet are old acquaintances—but the details are vague, and she’d like to keep it that way. Bill Murray portrays Lord Krylar.”

This new information gives at least a little background on who Murray will be playing and what part he has in the events of Quantumania. It’s also worth noting the line that says Krylar (Murray) and Janet van Dyne (Michelle Pfeiffer) are acquainted, likely from her time trapped in the Quantum Realm.  No word has been given yet on whether Murray’s screen time has been reduced since the allegations.

Ant-Man and the Wasp: Quantumania hits theaters February 17, 2023, and stars Paul Rudd as Scott Lang/Ant-Man, Evangeline Lilly as Hope van Dyne/The Wasp, Kathryn Newton as Cassie Lang, Jonathan Majors as Kang the Conqueror, Michelle Pfeiffer as Janet van Dyne Michael Douglas as Hank Pym and Bill Murray as Lord Krylar. Quantumania will pit Scott (Rudd) against one of the most formidable Marvel villains in what has been dubbed the beginning of a “new Dynasty.”

What do you think about Marvel continuing with Murray? Let us know in the comments below!