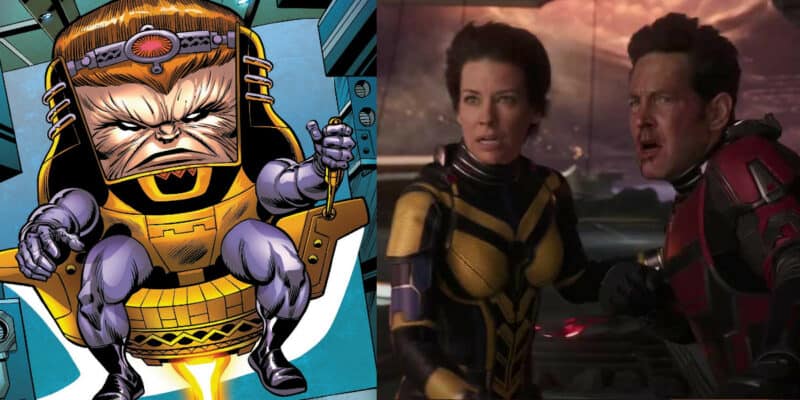 MODOK’s appearance is closer to the comics than many might think!

The comic book genre is no stranger to silly villains. Just recently, Charlie Cox, star of Daredevil, mentioned how he wanted the silly villain Stilt-Man to appear in the new Daredevil: Born Again on Disney+. However, there is, perhaps, no sillier-designed villain than MODOK: essentially a giant floating head with arms and legs; he’s been around since the 60s, but who is MODOK?

The name MODOK is actually an acronym, standing for “Mental Organism Designed Only for Killing,” and while many have claimed the title, the first iteration belonged to George Tarleton. Fans of The Avengers video game will recognize the name and character as one of the chief antagonists, bearing an only slightly updated look to his famous comic book appearance.

This iteration fell victim to his own hubris: a part of the villainous A.I.M., he allows himself to be experimented upon to increase his mental capacity. This results in a very literal increase, growing his head to enormous proportions and leaving his body withered and useless. MODOK, by that point a giant floating head, then rebels against his creator and thus begins his life of crime and terror, often clashing with Marvel greats like Captain America and Iron Man.

Though the idea of a cyborg-like villain with exceptional intellect sounds like it would make for a good villain, it may well be that his design has kept him out of the Marvel Cinematic Universe until now. Where the first few Phases endeavored to bring more realism to the comic book genre, the current Phases suggest that Marvel Studios is comfortable enough now to push that boundary. To that end, audiences now have their first look at MODOK!

Debuting in another trailer for Ant-Man and the Wasp: Quantumania (2023), MODOK has two marked appearances. The first is very similar to his comic book appearance, minus the bowl cut, floating behind Kang (Jonathan Majors) at the far left of the screen and bears the face of a Marvel Cinematic Universe alumni, Corey Stoll. Stoll played the villain Darren Cross/Yellowjacket in Ant-Man (2015).

While it hasn’t been revealed whether the Marvel Cinematic Universe MODOK is Cross (Stoll) or Tarleton, it’s an intriguing casting choice, as reported by The Direct. Fans may remember at the end of Ant-Man, Scott Lang (Paul Rudd) shrank Cross (Stoll) down uncontrollably, supposedly killing him, but that very action could explain what he’s doing in the Quantum Realm.

The second appearance of MODOK comes later in the trailer, suggesting that the character may be a bigger threat in Quantumania than originally expected. The villain rises into frame wearing a battle mask, reminiscent of his comic book appearance, with glowing eyes and bared teeth. Will MODOK be a one-off villain in this film? Or can audiences expect to see him clash with his long-time nemesis, Captain America (Anthony Mackie)?

Ant-Man and the Wasp: Quantumania hits theaters February 17, 2023, and stars Paul Rudd as Scott Lang/Ant-Man, Evangeline Lilly as Hope van Dyne/The Wasp, Kathryn Newton as Cassie Lang, Jonathan Majors as Kang the Conqueror, and if the trailer is to be believed, Corey Stoll as MODOK. Quantumania will pit Scott (Rudd) against one of the most formidable Marvel villains in a bid to win back time taken from him by the Quantum Realm.

What do you think of MODOK’s MCU appearance? Let us know in the comments below!