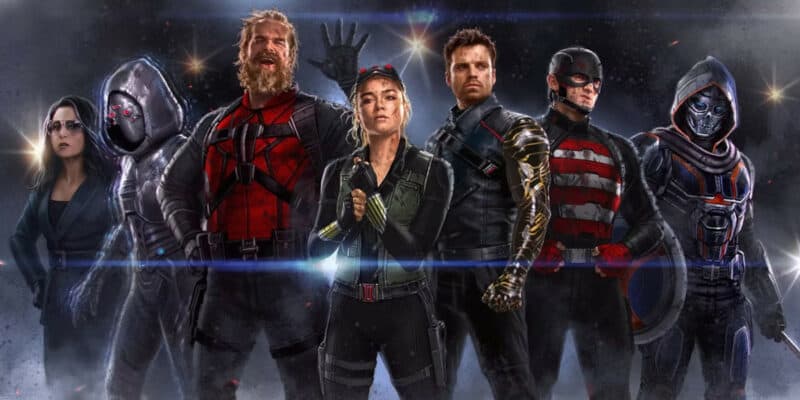 Marvel Studios give a much-needed update to Thunderbolts (2024).

2021 was a big year for the Marvel Cinematic Universe. Coming off a pandemic-induced shutdown, many projects that had been pushed back were released to wild acclaim. Titles like Spider-Man: No Way Home (2021), Black Widow (2021), and Shang Chi and the Legend of the Ten Rings (2021) all bolstered audience confidence in the franchise and got people excited for what was to come next! It wasn’t until 2022, however, that the payoff for things set in motion during the previous year would be announced.

In addition to the feature films Marvel Studios released in 2021, Marvel began its foray into Disney+ streaming content. Though there had been Marvel streaming series in the past, like Daredevil and Jessica Jones, this would mark new territory for the studio: bringing mainstream Marvel Cinematic Universe stars and storylines from the big screen to the small screen.

Shows like Wandavision, The Falcon and the Winter Soldier, Loki, and Hawkeye didn’t just tell audiences where their surviving heroes were and what they were up to; they acted as an easy transition from those first and second-generation Avengers to the next. Wandavision set up a version of Vision (Paul Bettany) that survived his brutal death in Avengers: Infinity War (2018); Falcon and the Winter Soldier showed fans the new Captain America (Anthony Mackie), as well as two members of the future ragtag Thunderbolts – Bucky Barnes (Sebastian Stan), and John Walker/US Agent (Wyatt Russell).

Fans hadn’t heard much beyond the announcement of the full team at the D23 Expo last year until this week. In a recent interview with Variety, reported by the Direct, Thunderbolts star Julia Louis-Dreyfus, the date for the start of production on the film was confirmed to be June 2023, just over a year from the projected release date for the film.

With a relatively short production time, 13 months for principle photography, reshoots, and post-production, fans are hoping that Marvel studios can get it all done in time and that the release date doesn’t get pushed back! The other concern is that Marvel may treat the new film as a filler, or palette cleanser, much like films in the Ant-Man franchise have been described.

What do you hope to see in Thunderbolts? Let us know in the comments below!