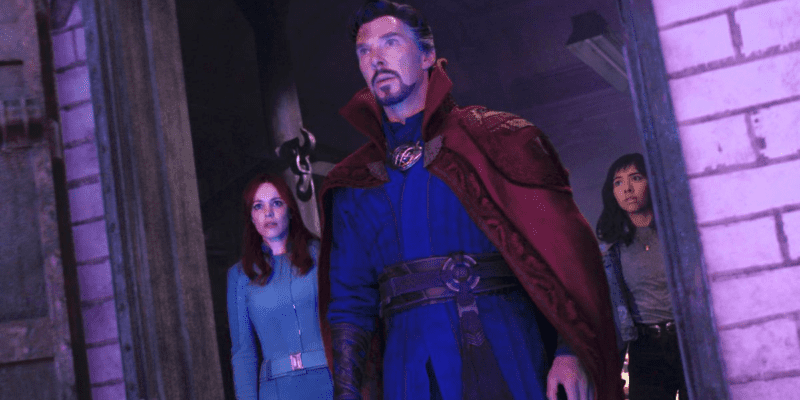 Fans might not be happy with Marvel Studios after a new report claims Benedict Cumberbatch’s next adventure will probably happen before Avengers: Kang Dynasty (2025).

Related: ‘Mandalorian’ Star Looks to Make Jump to Marvel – “I Do Want That”

The movie was less about the Multiverse and more about Strange’s struggle against Elizabeth Olsen’s Wanda/Scarlet Witch as she tried to kidnap and kill Xochitl Gomez’s America Chavez for her powers. Strange managed to tease a few things for the Multiverse but left fans underwhelmed when it came to the Illuminati.

After WandaVision, fans thought Wanda would go down a dark path, but no one expected that she would be completely evil in the movie. With her powers alone, it made sense that she defeated almost every person that came into her path, but it left fans annoyed that characters like Charles Xavier and Reed Richards were killed almost instantly.

Now, fans love Doctor Strange, and since he will be with Clea for the third movie, it makes sense that Marvel wouldn’t repeat the same mistakes as last time, but that might not be the case. In fact, Marvel might end up rushing the film to release right before Kang Dynasty, which could be delayed.

One scooper posted what they claimed to be the new lineup of movies with potential delays for Avengers 5 and 6:

2026 Doctor Strange 3, Kang Dynasty and Eternals Sequel. They are exploring moving Avatar 4 up to November or delay it back a year to give Secret Wars December instead of pushing it to May 2027.

2026
Doctor Strange 3, Kang Dynasty and Eternals Sequel.
They are exploring moving Avatar 4 up to November or delay it back a year to give Secret Wars December instead of pushing it to May 2027.

Big Screen Leaks supported this post by claiming they have seen similar news from their sources but have deleted their tweet now. They said that Derrickson returning wasn’t what they saw, but Marvel will be more cautious about quantity over quality.

At the end of the day, Marvel Studios has admitted that some of their movies haven’t lived up to the standard of quality they want so they have pledged to have higher quality from now on. This has led to several movies being delayed with release dates shifted. Secret Wars was already pushed once to 2026 and could be delayed again, which might not be a bad thing.

If Marvel wants the Multiverse Saga to work, then it’s the right move to delay projects to ensure the studios aren’t pressed to rush any projects, but that means that Doctor Strange 3 can’t be rushed. Three years might seem like a good amount of time for Cumberbatch’s next MCU debut, but Marvel Studios probably needs to get a script together soon, as the movie will need plenty of time for the amount of CGI involved.

Having Strange involved in both Avengers 5 and 6 is the right move, but Doctor Strange 3 needs enough time not to be rushed. If Kang Dynasty stays with the current release date (May 2, 2025), Marvel would have 2.5 years to finish the movie, possibly cutting it close. Cumberbatch is a busy actor who constantly works in other movies and projects, leaving Marvel with potentially a tight window for filming if plans don’t get made soon.

Do you want Doctor Strange 3 to release before Avengers 5? Let us know what you think!