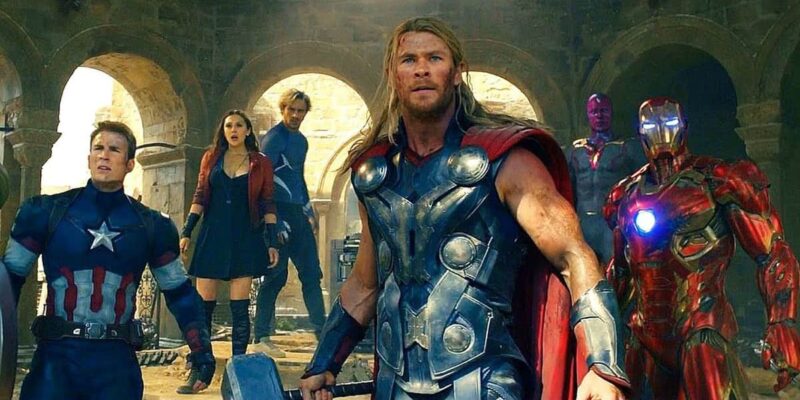 Paul Bettany’s new series might surprise fans with a brand new roster of Avengers being created.

Surprisingly enough, Vision still has a major left in the MCU after sticking around as one of the original actors who starred in the MCU. Bettany started off as Jarvis, an AI meant to advise and aid Robert Downey Jr.’s Tony Stark/Iron Man before being imbued with the Mind Stone and a piece of Ultron.

This led to Jarvis becoming Vision in Avengers: Age of Ultron (2015). After that, Vision helped the Avengers until Thanos arrived. Then he allowed Wanda to kill him so the Mad Titan couldn’t win. It wasn’t enough as Thanos rewound time to bring Vision back and stole the Mind Stone, killing the super hero.

Related: Angela Bassett Brings Home a First for Marvel at the Golden Globes

In WandaVision, Vision was created again and was left remembering his past and memories thanks to Wanda’s projection of Vision helping his future self. Vision was gone for a few years, and Vision Quest would be the first chance to see him return.

Instead of returning to tell another fun-filled story, Vision will be returning to his roots as he helps usher in a new era of Avengers, according to a new report. The report states that Vision will help lay the groundwork for the Young Avengers, a group fans have wanted to see for a long time.

With Ms. Marvel, Kate Bishop, Wiccan, Speed, and more already in the MCU, a Young Avengers project just feels right. The report also shares that Vision’s daughter, Viv, could appear, which would add another member to the roster. In the comics, Vision helped create the future Avenger team as Iron Lad, a younger version of Kang the Conqueror, arrived on Earth wanting to save the world from his older and more evil variants, and let Vision recreate himself as Vision II.

Vision not only helped mentor and fight alongside the Avengers, but he also created a whole system of codes making sure that, if possible, the world was always defended. Marvel could definitely play around with this, as Stark’s original intent with Ultron in the MCU was to create a “suit of armor” across the world, and the Young Avengers could be that.

Vision Quest has potential, and since the Avengers team isn’t fully fleshed out after Avengers: Endgame (2019), fans can hope that another series or movie will help confirm who is and isn’t an Avenger going forward. Kang the Conqueror is going to invade Earth at one point, so it would be good to know if the world is in good hands at one point.

Do you like the idea of a Vision mentoring the Young Avengers? Let us know what you think!