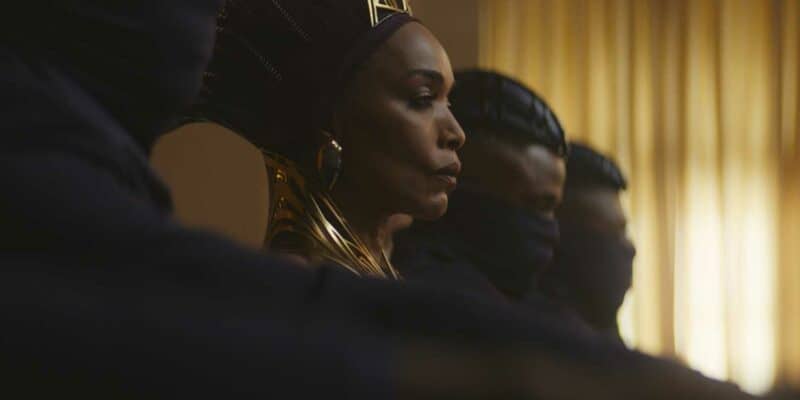 Angela Basset’s well-deserved win was a first for Marvel Studios!

Though extremely popular with fans, the Marvel Cinematic Universe has often been shunned by mainstream awards and accolades. Over the course of its now 15-year history, Marvel Studios has only taken home three Academy Awards and one Golden Globe. Other Awards and recognition have been heaped on the studio giant, but this year’s Golden Globes marks a historic first for the studio!

The Marvel Cinematic Universe has had some outstanding performances since its inception with Iron Man (2008). Both heroes and villains have been allowed to shine in the franchise, from the ensemble cohesion of The Avengers (2012) to the terrifying tragedy of Helmut Zemo (Daniel Brühl), to the emotional conclusion of Tony Stark/Iron Man (Robert Downey Jr.) and Steve Rogers/Captain America (Chris Evans) in Avengers: Endgame (2019).

Marvel Studios is no stranger to the complex villain such as Zemo (Brühl). Ryan Coogler’s Black Panther (2018) showcases a very complicated villain with Erik Killmonger (Michael B. Jordan), who was only slightly different in characterization from the hero, T’Challa (Chadwick Boseman). Both wanted something good but, in the end, differed on how they wanted to achieve that goal.

Black Panther has been the franchise that has won the most attention and accolades from both the Academy and the Golden Globes. The three Oscars belonging to Marvel Studios can all be counted for the film, going to Costume Design, Score, and Production Design. This has been the norm for Marvel, and much of the comic book genre, to take home awards for the technical side of their films, but one performance just shattered that norm this week.

Angela Bassett, who played Queen Ramonda, just took home the award for Best Supporting Actress in a Motion Picture from The Golden Globes. While other Marvel Cinematic Universe content has taken Emmys, BAFTA’s, and others for technical aspects, this marks the first Marvel feature-length motion picture to win an award for performance.

Though Bassett’s story in the Marvel Cinematic Universe came to an end in Black Panther: Wakanda Forever (2022), fans are hopeful that this sort of mainstream recognition is the start of something new in the comic book genre. Much like Walt Disney had to fight to have animation recognized as a legitimate artistic medium, both Marvel and DC have had to do the same for the comic book genre.

Black Panther: Wakanda Forever will be streaming on Disney+ starting on February 1, 2023, and stars Angela Basset as Queen Ramonda, Letitia Wright as Shuri/The Black Panther, Tenoch Huerta as Namor, Lupita Nyong’o as Nakia, and Dominque Thorne as Riri Williams/Iron Heart. The emotional sequel follows the ascension of a new Black Panther (Wright) in the wake of the loss of T’Challa (Boseman).

What did you think of Bassett’s performance? Let us know in the comments below!