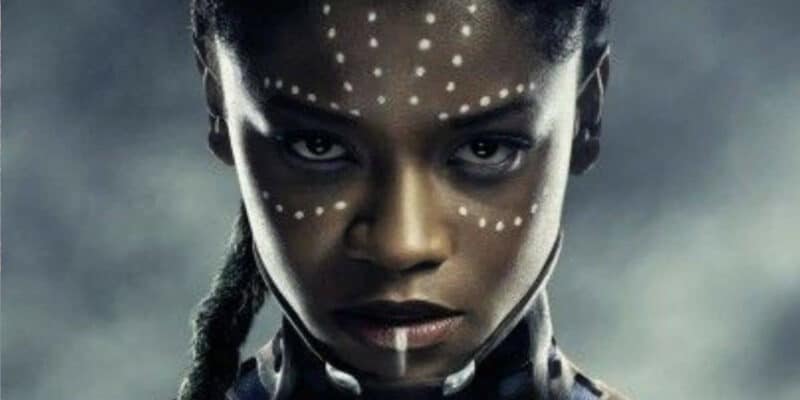 Just one pivot of many that had to be made for Black Panther: Wakanda Forever (2022).

With one of the highest-rated films in the Marvel Cinematic Universe, it only stood to reason that another solo Black Panther (2018) film would be forthcoming. Of course, a few things needed to be in place first. Shortly after his first outing as the hero of Wakanda, Chadwick Boseman’s T’Challa was part of the five-year snap caused by Thanos (Josh Brolin) in Avengers: Infinity War (2018). His victorious return, along with hundreds of other heroes from the portals of the sorcerers, was one of the most stirring moments in the Marvel Cinematic Universe to that point.

Things were in motion for T’Challa’s (Boseman) comeback, but it wasn’t to be. With Chadwick Boseman’s shocking and tragic passing, plans had to be altered across the Marvel Cinematic Universe, and some decisions had to be made. Would the character of T’Challa remain and be recast? How would the character best be served, and most importantly, what would be the best way to honor Boseman? Marvel Studios ultimately decided against recasting, a decision that is still a topic of debate.

Instead of a recast, Wakanda Forever pays tribute to Boseman and has Shuri (Letitia Wright) take up the title and mantle of the Black Panther in the Marvel Cinematic Universe. There were many different concepts for this change that occurred in the lead-up to the release of Wakanda Forever, to make her recognizably The Black Panther and yet her distinct hero. One such design was recently shared by a Marvel Studios concept artist, Phil Saunders.

The Direct shared the post that Saunders had made to Instagram, with the image of an early design for Shuri (Wright), alongside Riri Williams/Ironheart (Dominique Thorne). In contrast to her final appearance in the film, this image shows the hero with a set of Wakanda-made wings, her trademark gauntlets, and practical sneakers. This wasn’t the first time the character has had wings, however.

Saunders took inspiration from a design from Marvel Comics, in which the sister of T’Challa (Boseman) donned the same accessories to take to the skies. He also discussed how difficult it was to reflect on this early design, as it was Boseman’s passing that necessitated the change.

“This is a tough one to post. This was my earliest image for Black Panther: Wakanda Forever, painted months before Chadwick Boseman’s tragic passing. At the time we knew very little of the story for BP2 (which was destined to change in any case) so I was going off of the Wakandan run of the Ironheart comic book for tone and context.”

This design would have been amazing to see on screen, and it’s still not off the table: In the comic book context, Shuri uses the wings as part of her Black Panther costume. Maybe in a future Marvel Cinematic Universe entry, audiences may see a flying Black Panther (Wright) taking to the skies next to other heroes to combat evil!

Black Panther: Wakanda Forever stars Letitia Wright as Shuri/Black Panther, Tenoch Huerta as Namor, Angela Bassett as Ramonda, Lupita Nyong’o as Nakia, and Dominque Thorne as Riri Williams/Ironheart. The film follows the kingdom and country of Wakanda dealing with the fallout after the passing of their king T’Challa (Boseman), and the political upheaval his death has caused.

What do you think of this design? Let us know in the comments below!