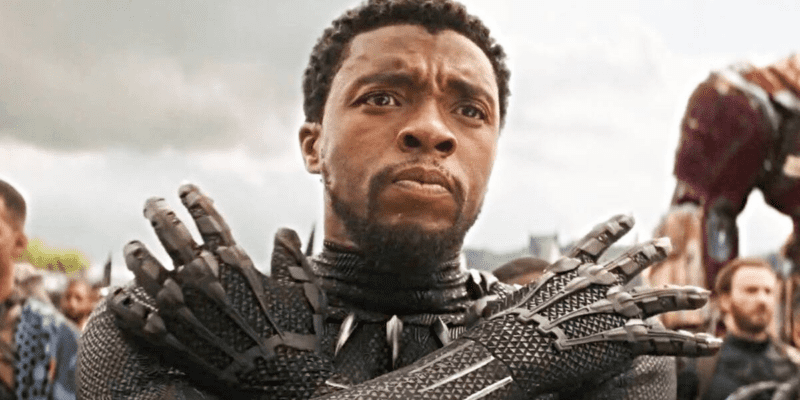 The truth is often rather painful.

The late actor Chadwick Boseman was most commonly known for his role as the Marvel Cinematic Universe’s (MCU) King T’Challa/Black Panther, a character who was introduced to the world in Captain America: Civil War (2015), coming into prominence within his own solo movie, Black Panther (2018). Needless to say, that iconic film took the world by storm — with King T’Challa being the first black superhero in a Marvel Studios movie, and the super-advanced African nation of Wakanda changing the game both in real life and in the realm of the MCU. Many spread the “Wakanda Forever” crossed-arms sign as a symbol of black solidarity and pride, in the wake of the massive cultural event that the movie’s cinematic run proved to be.

After his introductory film, Chadwick Boseman’s T’Challa led Wakanda in the fight against Thanos in the Marvel Cinematic Universe’s explosive conclusion to Phase Three’s Infinity Saga — Avengers: Infinity War (2018) and Avengers: Endgame (2019). Unfortunately, that final battle alongside Chris Hemsworth (Thor Odinson), Jeremy Renner (Clint Barton/Hawkeye), Mark Ruffalo (Bruce Banner/the Incredible Hulk), Benedict Cumberbatch (Stephen Strange/Doctor Strange), Chris Evans (Steve Rogers/Captain America), Robert Downey Jr. (Tony Stark/Iron Man) and many more, was the last time audiences would actually see the well-respected actor take on the role of Wakanda’s protector in a live-action project. A voiceover role as T’Challa in Marvel Studios’ What If…? (2020) was officially Boseman’s last outing as the iconic superhero, this time playing a Multiversal variant of T’Challa who inevitably becomes a Ravager, and part of the Guardians of the Galaxy crew.

Now, with the Black Panther sequel, Black Panther: Wakanda Forever (2022) hitting theaters to both critical and financial success, even potentially changing the entire MCU‘s future, the cast and crew have finally come forward regarding their intense and complicated relationship with the late Chadwick Boseman, and the difficulties they eventually faced with Black Panther 2 production.

In an interview with Variety, Black Panther: Wakanda Forever director Ryan Coogler reveals that he and co-screenwriter Joe Robert Cole had sent along a rough screenplay for “Black Panther 2” to Chadwick Boseman to get his feedback. Princess Shuri actress Letitia Wright adds, remembering how even though Boseman was not been well, he had initially made fun of the script:

I remember just hearing through the grapevine that even though Chadwick was really unwell, he was making fun of how long it was, because the script was about 300 pages. That’s Ryan’s process; he puts everything on the page, he sends it off to Chad, and they sit and discuss.

Wright makes it extremely evident how close the cast and crew were — and how involved they were in the creative process. However, Coogler then reveals something incredibly painful regarding Boseman’s take on the script.

Ryan Coogler has famously had a very difficult time with the film, even initially admitting regret for releasing the movie. Here, he shares an extremely tough recollection of events, admitting that he had found something out after Boseman’s death that he — even now, two years after his friend’s passing — struggles to come to terms with. Variety describes the difficult scene:

When asked, back in the hotel room, whether he’d had that talk with Boseman, Coogler becomes, for the first and only time, perfectly still.

“He hadn’t read it,” he says. “I found out later he was …” Coogler trails off. He clears his throat and sighs, removes his glasses, and places them on the table. “I can write this,” he says finally. “It’s harder for me to say it.”

He reaches for a reporter’s notebook on the table and writes, essentially, this: He was too tired to read it.

“That’s what was going on,” he says as he hands it back.

Coogler rubs his eyes, puts his glasses on and collects himself. “For us on that movie, the interpersonal and the professional are fused together, which happens sometimes,” he says. “It’s a human thing. We caught it with the cameras.”

As he talks, Coogler quietly lifts the notebook again and, without acknowledging what he’s doing, painstakingly scribbles over the words he’s just written, on both sides of the page, until they’ve been obliterated from the world.

Coogler’s struggle to verbalize the truth of what happened shows how absolutely devastated the Black Panther family were when it came to Boseman’s sudden passing from colon cancer.

This struggle is entirely evident in Black Panther: Wakanda Forever, with the remaining Wakandans having to navigate with the many stages of loss — all while dealing with geopolitical tension and relations with the newly uncovered underwater Mayan city of Talokan, led by their dangerous Feather Serpent God, Namor/Kukulkan (Tenoch Huerta Mejía).

The grief is definitely palpable both on and off the screen. Letitia Wright recalls in the same interview, how shocked and terrified she was when she first heard the news, and the initial denial she experienced:

“Is someone trying to play a joke on me?” she remembers thinking. “This is not a good joke. This is not OK. And I just did the first thing that anybody would do: I called Chad.” When there was no answer, she texted the number: “Hey Bro, it’s Tish. Please pick up.”

She unfortunately did not receive a message back.

How different do you think the initial Black Panther 2 script was from the final version of Black Panther: Wakanda Forever? Did you enjoy the final movie? Share your thoughts in the comments below!