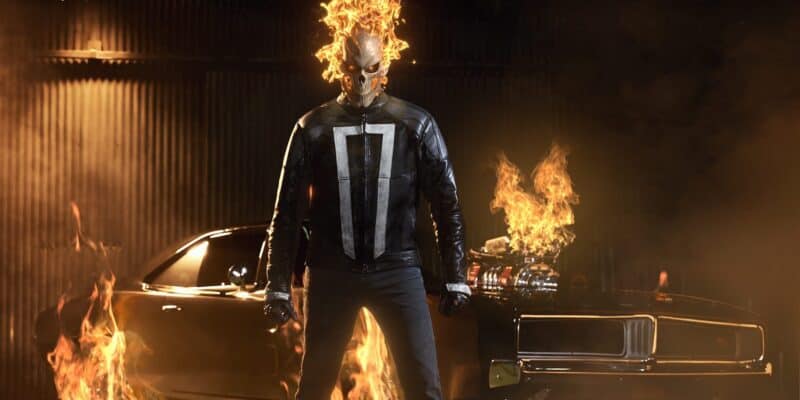 Gabriel Luna admits that he doesn’t want to be done playing Ghost Rider and wants to continue the role in the MCU.

Luna first appeared as Robbie Reyes/Ghost Rider in Agents of S.H.I.E.L.D. and became a fan-favorite. While the actor didn’t get the same recognition as Nicolas Cage for playing Ghost Rider, he brought a different perspective to the character, making it worthwhile.

Johnny Blaze and Robbie Reyes were two different Marvel characters who became Ghost Rider over the years. Luna’s performance did leave fans to wonder if he would ever get the role in the MCU. Now that Marvel Studios was in control of Ghost Rider and was exploring the supernatural side, it made sense that Ghost Rider would be involved.

Unfortunately, Marvel has been silent about the hero and if fans should expect him soon. Nicolas Cage would love to return to the role, but in any Marvel role he gets, he can never truly say goodbye to it before being let go. Keyes shares in an interview that he doesn’t feel bad about where he left things off when talking to Comicbook.com but wished he could do more:

“You know, I think that the way we left it… I would definitely think that there’s a lot more to say. I loved the response. Everyone loved Robbie and they loved the character… and if we only ever did those ten episodes and nothing else, I would feel very complete with what we were able to do. To bring awareness to the character, to show people a Mexican-American hero — the first on television, I believe. I know that’s said a lot but I think people forget about 2016 when we did that with Robbie. But he’s a wonderful character and I love him. I’d absolutely be happy to continue.”

He also added that Reyes has become a bigger character in Marvel publishing over the years, and he won’t be angry if Marvel replaced him with someone else if that meant Robbie Reyes was in the MCU:

“There are so many places you can go because in the comics he became an Avenger and he’s now the All-Rider (a Ghost Rider without limits), which is pretty awesome when you think about it… he’s become quite an important piece in Marvel publishing so if he were to appear again, he absolutely deserves it. Whether it’s me or not.”

Related: How Ghost Rider Could Debut For Halloween

Ghost Rider is a fan-favorite super hero, and there is potential to include the different characters who take on the mantle over the next couple of years. If anything, Marvel could get a new actor and do something like Spider-Man: No Way Home (2021), where the new MCU Ghost Rider meets his other variants from other universes.

Which Ghost Rider do you want in the MCU?