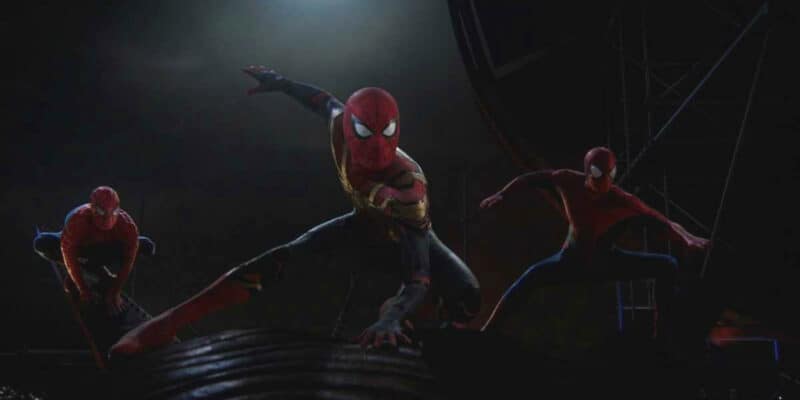 Spider-Man: No Way Home (2021) was already action-packed, but this would have been something else!

The most ambitious crossover event since Avengers: Endgame (2019), No Way Home, was an amazing feat. The film brought together heroes and villains from nearly twenty years of comic book movies in a meaningful way. Each had their own purpose, and each served the plot and moved the story forward, but there was almost one more character than audiences saw in the movie.

The thing that set No Way Home apart from other movies that had impressive cameos, like Doctor Strange in the Multiverse of Madness (2022), was how they were used. In Multiverse of Madness, audiences saw impressive appearances from Reed Richards (John Krasinski), Captain Carter (Hailey Atwell), and Professor Xavier (Patrick Stewart), who all, minutes later, were mere speedbumps in Wanda Maximoff’s (Elizabeth Olsen) road to her goal.

No Way Home had equally amazing appearances from Tobey Maguire and Andrew Garfield’s Spider-Men, along with excellent villains like Jamie Foxx’s Electro, Alfred Molina’s Doctor Octopus, and an unforgettable performance from Willem Dafoe’s Green Goblin. The area in which they differed, however, was their importance to the plot. Maguire and Garfield were able to help Tom Holland’s Peter Parker grow and mature into the Spider-Man (Holland) he could be. Each villain pushed the heroes to their breaking point, effecting real change.

A new piece of concept art reveals there was almost one more villain that might have pushed Tom Holland’s Spider-Man past that point! Phil Langone, concept artist for the film, posted a piece to Instagram, shared by The Direct, which shows yet another member of Spidey’s rogue’s gallery, and one that audiences have met before!

The newly revealed piece shows the villains gathered in a hiding place of sorts, and alongside Doc Ock (Molina) is a figure familiar to the Marvel Cinematic Universe: the unmistakable Vulture/Adrian Toomes, played by Michael Keaton. Though his back is to the viewer, the artist later confirmed that it was indeed intended to be Keaton in a very “early iteration.”

An appearance by Keaton’s Vulture would have certainly made for a different movie. For Peter Parker (Holland) to face and try and rehabilitate one of the villains from his own universe would have been a game changer. In addition, the inclusion of the Vulture (Keaton) would have nearly completed one iteration of Spidey’s classic Sinister Six.

In a surprising turn of events, there has been little to no news about the return of Tom Holland’s Spider-Man. No Way Home saw the character starting his new life in a tiny New York Apartment, with a new Spidey suit and a new life of anonymity. The next Spider-Man content fans can expect to see will be Sony Pictures Animation, Spider-Man: Across the Spider-Verse (2023), which has been rumored to contain a cameo from the Marvel Cinematic Universe!

What do you think of an appearance by Keaton in No Way Home? Let us know in the comments below!