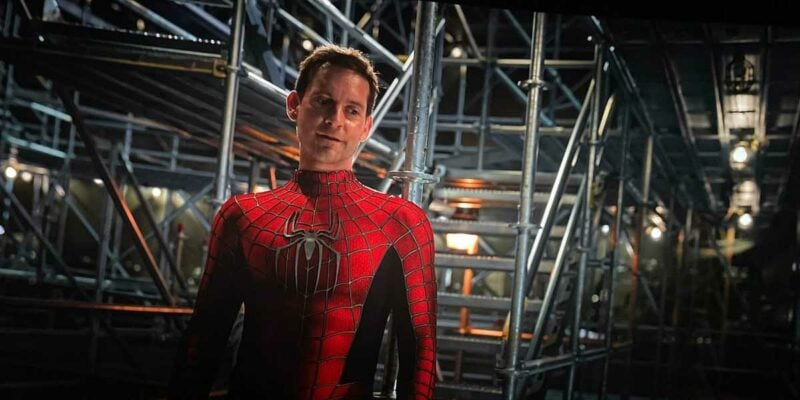 Tobey Maguire is known as the “original Spider-Man” to many who have grown up watching the movies.

The three movies featured several popular Marvel villains, including Green Goblin, Doctor Octopus, Venom, and Sandman, and plans were made for a fourth, fifth, and sixth movie to be developed. However, a strong script never came to fruition and Director Sam Raimi opted out of the project, which led to the decided reboot.

Sony elected to go in a different direction, rebooting the series with Andrew Garfield in The Amazing Spider-Man (2012) and The Amazing Spider-Man 2 (2014). Just when the series was starting to pick up momentum– teasing a third movie with the Sinister 6 as the villain group– but an underwhelming box office, as well as a divide between the studio and Andrew Garfield, led to Disney and Sony ultimately rebooting yet again, this time with Tom Holland taking over the role.

Of course, Tobey Maguire and Andrew Garfield were able to finally reprise their roles years later in Spider-Man: No Way Home (2021) alongside Tom Holland, where they each played their own multiverse version of Peter Parker.

The movie generated nearly $2 billion at the box office and, since its release, Tobey Maguire has been back in the limelight quite a bit. The actor just starred in Babylon, a film that is currently in theaters, alongside Margot Robbie and Brad Pitt, and he recently gave some viral comments on a meme that has been making its way around the internet for years now.

Asked if he had seen the “Bully Maguire” memes and others that had been made about him, Maguire replied that he certainly had.

“Fairly neutral. I did see the Bully Maguire videos, which was a funny discovery,” Maguire said.

He also revealed that he can still do the viral dance and joked that he does it “every morning.”

There have been many fans who have wanted to see Maguire get one more film as Peter Parker in his own universe, but this does not seem to be in the works.

What do you think of these comments from Tobey Maguire?