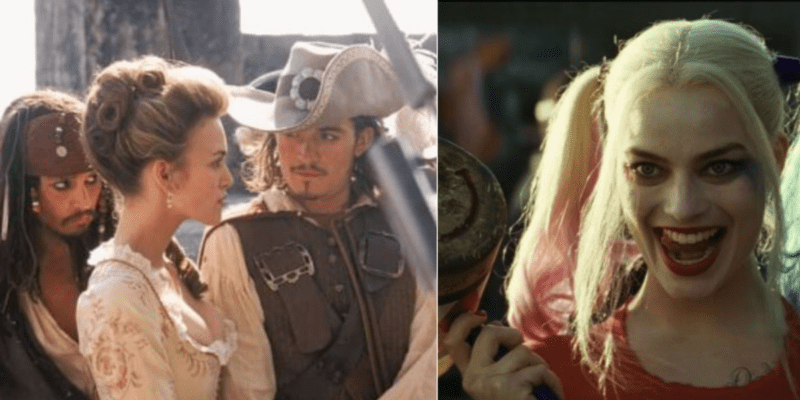 There have been a lot of fans who want to know the future of Pirates of the Caribbean.

The beloved franchise–which was based on the Disney Park attraction that can be ridden at Resorts all over the world including Disneyland Resort, Walt Disney World Resort, and Disneyland Paris– has grossed more than $4.5 billion worldwide.

However, there have been plenty of rumors and reports over the last year that Depp would not be reprising his role as Captain Jack Sparrow. As a matter of fact, POTC Producer Jerry Bruckheimer even shared in an interview earlier this year that there were two scripts being developed and one of those was with Margot Robbie as the lead role.

Robbie recently shared that Disney hadn’t decided to move forward with the script involving her, however, and this led to even more people wondering what might be next for the franchise.

While the future of the franchise is still up in the air, Margot Robbie has been on the promotional trail for her new movie Babylon,  a film that she co-stars alongside Brad Pitt.

When talking about the film and its picture into parties in the U.S. in the 1920s, Robbie said that we don’t have parties like that anymore, mostly because of technology and cancel culture.

“There are some huge parties in Babylon, and we shot for ages. The thing is, you’re inside, and you don’t see the daylight. You start going a bit loopy. It is really fun. At some point, you’re like, ‘Get me out of here. This has to stop.’ But I find it really fun. It definitely feels like you’re at a party,” Robbie said. “Of course, people still party and have fun, but because everyone has an iPhone, and there’s cancel culture, and there’s constant technology present everywhere, I think it would be impossible to behave the way they were behaving in the 1920s.”

Though Robbie won’t be starring in the Pirates franchise anytime soon, her new film Babylon is already getting rave reviews in its  limited release. This is one of the first times we’ve heard from her since she revealed the news that she won’t be in the next Pirates of the Caribbean.

In addition, Robbie has a major blockbuster on the horizon in Barbie, which stars her alongside Ryan Gosling and is set to be released in 2023.

What do you think of these comments from Margot Robbie?