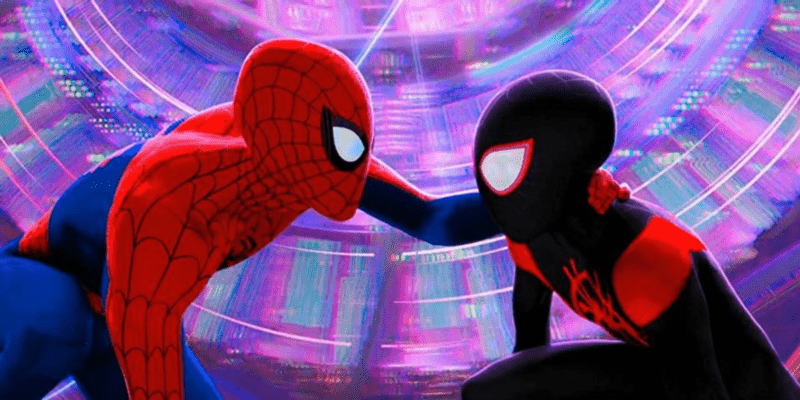 If you haven’t seen anything about Spider-Man: Across the Spider-Verse (2023), you should know that the movie will have one of the biggest rosters ever for a movie, with one classic variant of Spider-Man confirmed for the roster.

Miles Morales might not be as popular as Peter Parker — at least not yet, but he probably will be in a few more years — his upcoming sequel, Across the Spider-Verse, will be jam-packed with cameos left and right. With variants such as Spider-Woman, Spider-Man 2099, Spider-Punk, and a hundred more variants, so it’s easy to get lost in the cameos and find out who is who.

Thankfully, some fans have the dedication to search every frame to uncover which Spider-Man variants are already in the movie. One fan saw a variant he couldn’t believe was in there. The Spectacular Spider-Man (voiced by Josh Keaton) from the 2008-09 Disney XD show. Chris Miller confirmed with a definitive “yes” that Spectacular Spider-Man will be showing up in the upcoming sequel.

Sony and Marvel have always had a complex relationship. With Sony owning the movie rights to Spider-Man, but Marvel still retaining the rights to the character and merchandise, Disney benefitted from Spectacular Spider-Man and is now bringing more Spider-Man content to the MCU outside Tom Holland’s Peter Parker.

With Spider-Man: Freshman Year, Marvel will be telling their own version of Spider-Man, free from the MCU, and exploring characters we love in epic stories in animation.

Across the Spider-Verse will have one of the biggest rosters, but it’s still unclear why the movie is bringing in so many variants. With over a hundred variants, fans won’t be able to guess who is who in theaters, and sure, it’s cool seeing all of the different variants, but every variant, like the Spectacular Spider-Man, will probably only have a cameo and nothing more.

Across the Spider-Verse releases in theaters on June 2, 2023.

Are you excited to see Spectacular Spider-Man return? Let us know what you think!