How Ghost Rider Could Debut For Halloween - Inside the Magic 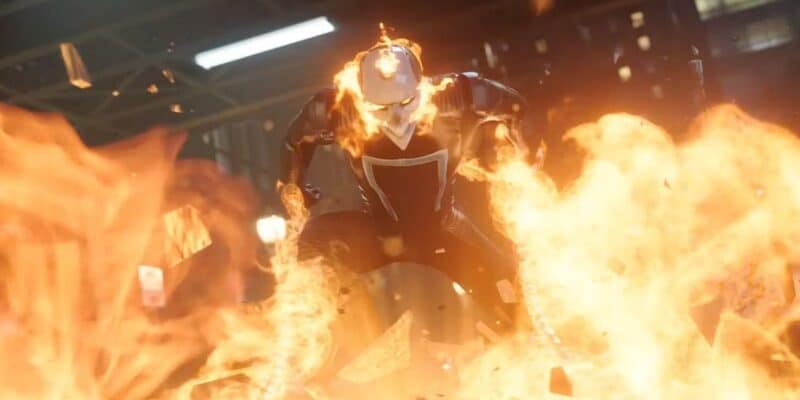 The MCU is preparing to enter a new phase this year, and new faces from the comics are set to join the current cast. However, a recent development might foreshadow the appearance of a highly desired character. With the success of Marvel’s Werewolf By Night, another dark and mysterious supernatural superhero could very well be underway for Halloween 2023.

Werewolf By Night introduced MCU fans to a different side of the world of superheroes, alien invaders, and Infinity Stones. Now that they know about the darker side of this familiar realm, they’ll be hungry for more.

While there’s certainly a place for characters like Thor, Iron Man, and Captain America, there’s also a place for those who toe the line between hero and antihero in their fight against the forces of evil. Jack Russel and his friend, Man-Thing, were just the tip of the iceberg, and there’s one character fans have been craving for years.

Ghost Rider is perhaps the most recognizable figure on Marvel’s darker side. A leather-bound vigilante outrunning the devil and punishing sinners is definitely a far cry away from the previously presented Marvel fare. Where Werewolf By Night allowed the MCU to experiment and explore other themes and motifs by taking away from classic monster movies of the 1930s, a Ghost Rider project could easily lend itself to other flavors of the horror genre.

Not only that, but it could serve as a way to bring some highly-desired actors into the MCU. While many fans would love to see Nic Cage or Gabriel Luna reprise the role, many more are begging to see Keanu Reeves or Norman Reedus breathe new life into the character. The introduction of Johnny Blaze/Ghost Rider could allow Marvel to go full dark, even for something on Disney+. If Michael Giacchino or Sam Rami can be called to come direct, the possibilities could be scarily good.

How would you like Ghost Rider brought to the MCU, tell us in the comments below!

Comments Off on How Ghost Rider Could Debut For Halloween