Marvel Was Ready to Destroy the MCU After Robert Downey Jr.'s 'Iron Man' - Inside the Magic 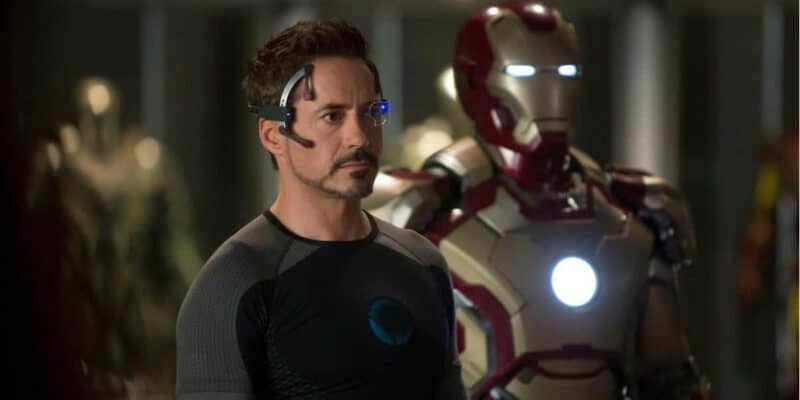 Looking back, the MCU has been steadily growing in popularity since Iron Man (2008) and is now about to enter Phase Five. After 14 years of movies, the MCU has expanded into more diverse storytelling with the Multiverse and bringing even more obscure super heroes into the spotlight.

Soon, Marvel will also bring other iconic super hero teams like the X-Men and Fantastic Four into the MCU, but there’s still some time before that happens. Surprisingly enough, Marvel has made a huge amount of money off the MCU, with Avengers: Endgame (2019) being the second highest-grossing film of all time.

Chris Gardner from The Hollywood Reporter shared a clip of RDJ talking about how he is still learning even today about how close the MCU was ready to fall apart if Iron Man tanked at the box office:

RDJ talks about how he’s still learning things about Iron Man, how it was financed and how the studio was prepared to write it off if it failed. (He also does a great Jeff Bridges impression).

RDJ talks about how he’s still learning things about Iron Man, how it was financed and how the studio was prepared to write it off if it failed. (He also does a great Jeff Bridges impression). pic.twitter.com/BZS9AwzD40

While talking in the video, RDJ compares the movie to his father for how the movie felt while filming:

“Another full-circle story. I exchanged my previous obsession with an obsession for this role and landed it — and lest we forget, it was Favreau who was pushing for me but knew he had to play the politics or he would have no leverage moving forward. Then we proceeded to launch a historic run of what is now the cinematic universe with [Jon] Favreau and I essentially doing our version of a big-budget [Robert Downey] Senior movie. With all the templates of a genre film, with our intention of making it as marketable as possible.”

He then shared how some Marvel execs left the team alone because they didn’t believe the movie was going to be successful:

“Well, I mean first of all, not too many people were thinking Iron Man was going to have an opening weekend or do much of anything, so we were a little bit left alone.”

RDJ quickly adds that he recently learned how the movie was going to be written off if it tanked:

“I find out more every day about how that thing was financed, it was basically ready to be written off if it tanked.”

It’s clear that Iron Man was a surprise to Marvel Studios for being a success and has reshaped what fans expect from the super hero genre. With Phase Five and Six promising to deliver some major stories in the MCU, it’s crazy to think how far the MCU has gone in just over a decade. The Avengers (2012) was a huge milestone for the studios as the first super hero team to get their own movie, and it led to more expansive stories being told in the interconnected universe leading to Josh Brolin’s fight to control the Infinity Stones in Avengers: Infinity War (2018) and Endgame.

Now, fans are waiting for Jonathan Majors’ Kang the Conqueror to be the new Thanos for the MCU as Marvel constantly tells new stories and adventures. All of this wouldn’t have been possible without RDJ, and it’s crazy how Marvel Studios didn’t start with much faith in the MCU.

Yet, all of this wouldn’t be possible without Iron Man and Marvel is trying to bring a replacement in for the new chapter of the MCU. Dominque Thorne’s Riri Williams will star as Ironheart and be the new super hero in a suit. She is also a great genius with technology and allies like Shuri in Wakanda. Marvel will push the boundaries with Ironheart and create impressive technology that might rival what Stark built.

Even Tony’s legacy will continue in Armor Wars as Don Cheadle’s James Rhodey continues to preserve what’s left of Tony Stark out of enemy hands. With villains already using technology from Stark Industries for evil purposes, there’s bound to be more exploitation of Stark’s arsenal now that the super hero is dead.

Still, the MCU will be different without Tony Stark and that’s not an easy gap to fill. Ironheart might not be super popular because of RDJ’s legacy getting in the way. Some fans aren’t ready to like Iron Man’s replacement after going years after Endgame hearing about Tony. Time will tell if this will hurt Ironheart’s popularity, but it’s hard to go forward without the man who started it all.

How do you feel about the MCU now? Do you think Marvel can have the same success without RDJ?