Another Marvel Netflix Star May Be Returning! - Inside the Magic 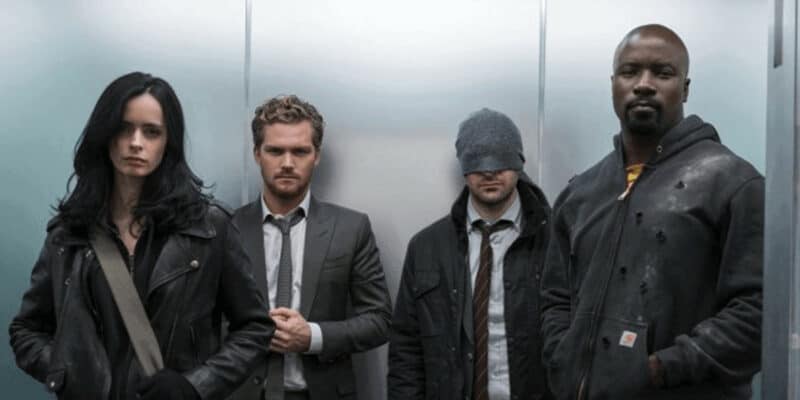 After the return of Charlie Cox’s Matt Murdock/Daredevil, another Netflix star may be next!

The road for Marvel Studios’ television and streaming options has been a bumpy one. Both currently and in the early days, there have been smash-hit successes like Daredevil and Wandavision, and then there have been more lukewarm entries like She-Hulk and Iron Fist. Each has contributed something to the Marvel Cinematic Universe and officially remain part of the established canon, though there have been few crossovers. If recent events are interpreted correctly, however, audiences may be seeing one more!

Related: The Absurd Villain Charlie Cox Would Like to See In ‘Daredevil’

One of the hallmarks of the early Phases of the Marvel Cinematic Universe was patience and attention to detail. In Phase One, Kevin Feige ensured that each key member of the Avengers was introduced in a standalone film: Tony Stark (Robert Downey Jr.) and Nick Fury (Samuel L. Jackson) in Iron Man (2008), Bruce Banner (Edward Norton/Mark Ruffalo) in The Incredible Hulk (2008), Natasha Romanoff (Scarlett Johansson) in Iron Man 2 (2010), Thor (Chris Hemsworth) and Hawkeye (Jeremy Renner) in Thor (2011) and Steve Rogers (Chris Evans) in Captain America: The First Avenger (2011).

Taking the time to introduce these characters of several years and various movies allowed audiences to be on board with them, their abilities, motivations, and appearances when the time came to bring the team together in The Avengers (2012). Marvel Studios was able to accomplish something similar with their streaming offerings when it came to The Defenders.

A less polished, more ragtag group of superheroes, The Defenders were composed of four separate heroes who each had their own series leading up to the crossover: Daredevil (Cox), Luke Cage (Mike Colter), Jessica Jones (Krysten Ritter), and The Iron Fist (Finn Jones). Though each character could be characterized as fiercely independent, events in their series made it possible for them to work together without stretching the limits of believability.

Though set in the Marvel Cinematic Universe, there hadn’t been any significant crossover with the films being made by Marvel Studios. There were occasional statements, nods, and hints, but nothing substantial until Charlie Cox’s appearance in Spider-Man: No Way Home (2021). Now, it seems audiences may be treated to yet another crossover from the Netflix Marvel universe!

With little officially known about Daredevil: Born Again on Disney+ beyond the return of Charlie Cox and Vincent D’Onofrio’s Wilson Fisk/Kingpin, speculation has abounded. One favorite rumor has been the appearance of other Defenders in the new series, and now, it looks like that rumor may just come true!

A new picture on Instagram posted by Krysten Ritter and shared by Comicbook shows the Defenders and Jessica Jones star working out at the gym wearing a Daredevil tank top. Though nothing has been officially announced, this subtle hint, along with the fact that Ritter did put on 10 pounds of muscle for her role in Jessica Jones, could point to her return in Born Again.

Daredevil: Born Again comes to Disney+ in the Spring of 2024 and stars Charlie Cox as Matt Murdock/Daredevil and Vincent D’Onofrio as Wilson Fisk/Kingpin.

Do you think that Krysten Ritter could appear in Born Again? Let us know in the comments below!