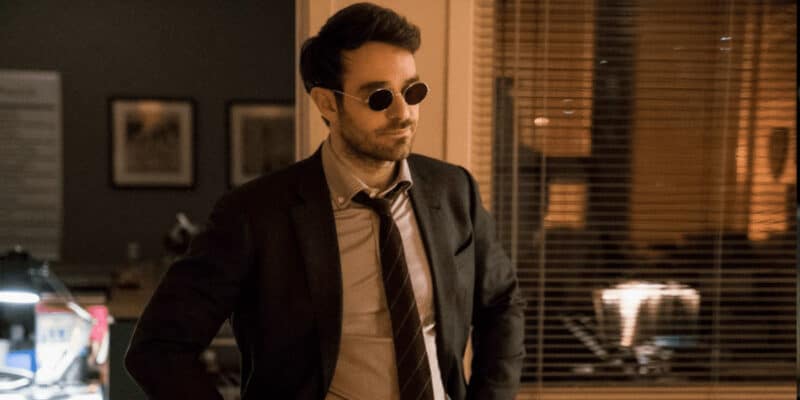 Charlie Cox isn’t taking any shortcuts for the return of Daredevil.

Disney hasn’t shied away from peppering in characters from Daredevil into content in the Marvel Cinematic Universe. Within just a few short weeks of each other, both Wilson Fisk/Kingpin (Vincent D’Onofrio) and Matt Murdock/Daredevil (Cox) made their Marvel Cinematic Universe debut in Hawkeye and Spider-Man: No Way Home (2021). It was these appearances, however, that led some fans to wonder about the hero’s return to the franchise.

Kingpin’s (D’Onofrio) return was a bit of a ‘kid-gloves’ approach to the character. Gone was the terrifying, calculating, sharp-suited crime boss. The Marvel Cinematic Universe version of the character was a Hawaiian shirt-clad giant who only gave Kate Bishop (Hailee Steinfeld) some passing trouble in their toy-store bout.

Cox’s next appearance also gave some fans cause for worry. A dramatic tone shift from the days of the Netflix series, Matt Murdock’s (Cox) cameo in the Disney+ series, She-Hulk was almost goofy. Was this an indication of things to come for the character in his own series? Or was this just a stylized representation?

All of this, along with recent statements by the star that efforts are being made to appeal to a broader audience, have made fans wonder if the character in Daredevil: Born Again will be the same that they grew to know and love in his original series, or, something more akin to Kingpin D’Onofrioo) in Hawkeye.

Charlie Cox is certainly doing everything he can to combat the latter and gave fans a peek into his process in a recent interview with GQ. The star was asked about the upcoming production, which, according to recent reports, will begin shortly after the New Year. This short glimpse illustrates the actor’s dedication to the role and to making it the best it can be:

“I’ve re-reading [sic] the comics from start to finish, and I’m just starting to try to get back into shape for a role like that.”

He also mentioned a new aspect that Born Again may be bringing to the character and the show: the influence of what Cox called “Courtroom stuff.” In addition to reading up on his comic-book counterpart, Cox talked about how he’s been studying law and researching that particular aspect of the character’s life.

The actor went on to explain how important the character is to him personally and how important it is for him to prepare adequately.

“No, I’m really excited. I’m right in the thick of preparing for next year, and getting back into it. I think it’s important that I don’t just take it for granted that I know that character now and just show up and say the lines, I think you’ve got to reinvestigate and recommit yourself as if it was a first time job again, and that’s how you’ll continue to find the nuance and deepen the character to make the show as good as it can be.”

Daredevil: Born Again hits Disney+ in the Spring of 2024 and promises to be one of the most involved Marvel Series on the platform to date. With a lengthy production schedule and a run of 18 episodes, fans can expect to see a lot from the franchise reboot. Born Again brings back Daredevil stars Charlie Cox as Matt Murdock/Daredevil and Vincent D’Onofrio as Wilson Fisk/Kingpin.

What do you hope to see in Born Again? Let us know in the comments below!