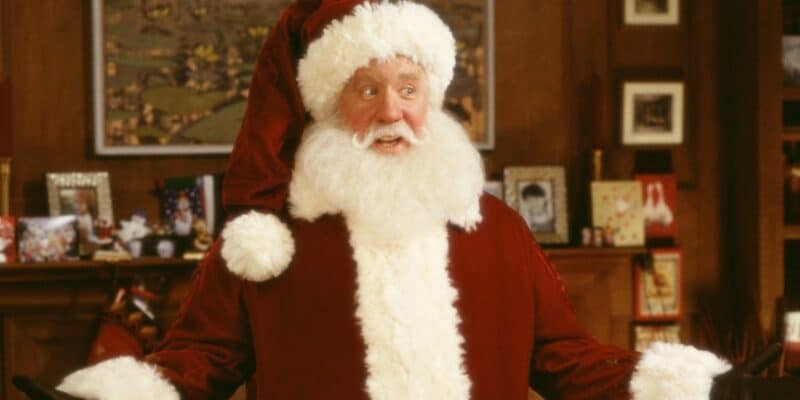 Warning: Spoilers for The Santa Clauses – Episode 5 “Across the Yule-Verse” ahead

Much has been said about the return of Tim Allen and his character Scott Calvin/Santa Clause in the new Disney+ series, The Santa Clauses. No one knew quite what to expect: was there more story to be told? Once the trailers were released, things quickly turned around: with an engaging plot of Santa (Allen) retiring, and Christmas being in trouble once again, not to mention the return of fan favorite Bernard (David Krumholtz), audiences were soon on board.

Related: Bernard Is Finally Back In Beloved ‘Santa Clauses’ Series

The first few episodes have been fairly standard exposition, introducing the characters: the Clauses, Santa (Allen) Carol Calvin (Elizabeth Mitchell), and their two children, Sandra (Elizabeth Allen-Dick) and Calvin (Austin Kane). Along with an ensemble of elves, and other characters, Santa (Allen) have to navigate his retirement from Santa duties, and the installation of a new Santa, Simon Choksi (Kal Penn) who summarily drains Christmas spirit using his own business model. Santa, now back to Scott (Allen) is unaware of all the goings on at the North Pole until he’s visited by his old friend and mentor, Bernard (Krumholtz), who takes him on a interesting journey into what the show has dubbed, the “Yule-Verse”.

It’s revealed that Bernard (Krumholtz), whose conspicuous absence from the third installment in the Santa Clause trilogy was left unexplained, had actually left the North Pole on a sort of elvish Rumspringa, called “Kribble-Krabble”. While on this sabbatical, he met, fell in love with, and married a human woman, canonically, Dame Vanessa Redgrave, and gave up his eternal youth to be with her. Bernard (Krumholtz) then takes Scott (Allen) on a surreal journey to visions of Christmas and Santa’s past.

Their first stop is the Great Depression, where they meet the very Santa Claus from which Scott (Allen) took up the mantle, played by Jim O’Heir of Parks and Recreation fame. Through a series of different vignettes including this, and other Santa Claus’, not to mention an appearance by the off-putting Krampus (Dirk Rogers), Scott (Allen) learns that he is unique in the world of Saint Nicholas. Bernard (Krumholtz) and the other Santas reveal that up until the events of the first film The Santa Clause (1994), each Santa had been an ethereal figure, not a human, and that the Santa (O’Heir) that fell from the Calvin’s roof, did so by design.

Scott (Allen), it is is revealed, was chosen to be the new Santa Clause to meet the needs of a new generation, and to keep Christmas Spirit alive, and that he is still needed for this task now, as the new Santa is draining Christmas Spirit at an alarming rate, causing the elves to disappear. This new plot point changed the entire established lore of the Santa Clause franchise, making Scott (Allen) not only the first human Santa, but also, a sort of ‘chosen one’ for the universe of the story. That destiny is yet to be seen, as there are still plenty of loose ends to still tie up in the last episode, set to premier on Disney+, next week, December 14, 2022.

The Santa Clauses is currently streaming on Disney+, and covers the new adventures of Scott Calvin/Santa Clause (Tim Allen) and his family, as they try and navigate family life, as well as saving Christmas itself.

What do you think of this new twist? Let us know in the comments below!