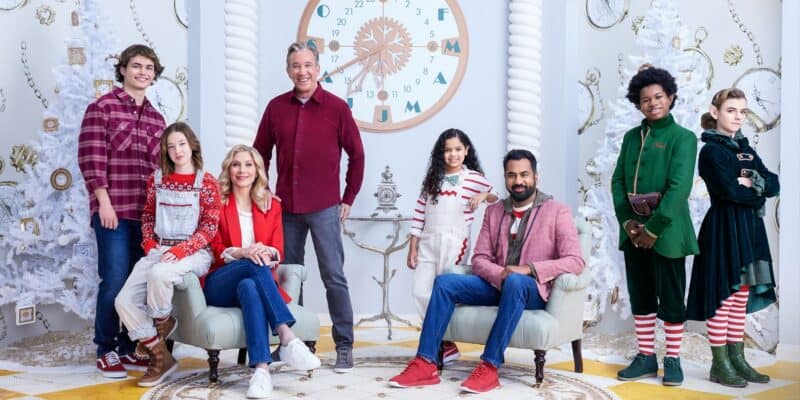 An official The Santa Clauses trailer has been released for the new series coming to Disney Plus.

“Scott Calvin (Tim Allen) is back! After being Santa Claus for nearly thirty years, he’s as jolly as ever. But as Christmas declines in popularity, so does his Santa magic. Scott Calvin struggles to keep up with the demands of the job, as well as being there for Mrs Claus (Elizabeth Mitchell) and his family. Upon discovering there is a way to retire from his post, Scott Calvin considers stepping down as Santa Claus and finding a worthy successor so that he can become a better father and husband.”

The first two episodes of the six-episode series will premiere on November 16th on Disney Plus.

A lot of the original Santa Clause cast will be returning to The Santa Clauses, including David Krumholtz.

The last time Tim Allen wore that big red suit was over 15 years ago in Santa Clause 3: The Escape Clause. Seeing him come back as Santa just in time for the holidays has been on everyone Christmas list for years!

Even Tim Allen spoke about what it was like putting the suit back on and becoming Santa Claus when he was being interviewed by the EW.

“As I walked on set for the first time in the full regalia, everybody got very quiet, both adults and kids,” Allen said. “When I show up dressed in the full suit and everything else, there’s big smiles on people’s faces. Little kids are quiet. I had totally forgotten that. It does feel like Santa Claus is in the room.”

Disney took to Twitter earlier this year to announce the series premiere.

Now, courtesy of the official Disney Plus YouTube Channel, we get a sneak peek back into the lives of our favorite Clauses.

Are you as excited as we are?! Let us know in the comments!