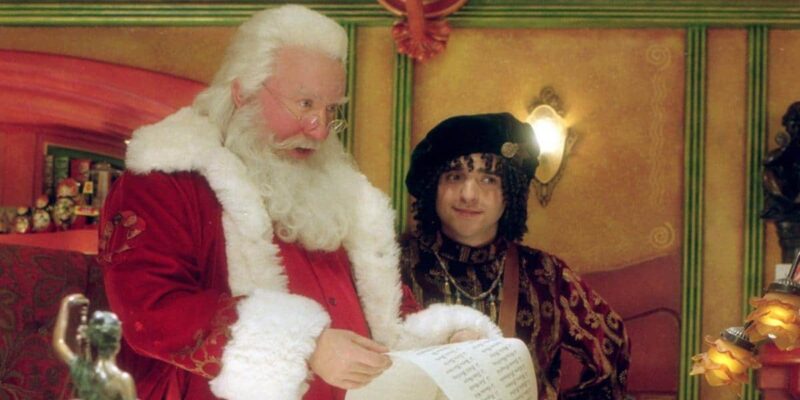 David Krumholtz, who played Bernard, in the first and second Santa Clause movies will be reprising his role in the new The Santa Clauses series on Disney+.

In the original 1994 film Krumholtz played Bernard, the head elf of the North Pole who educated Scott Calvin (Tim Allen) on his new role as Santa.

In the sequel, Santa Clause 2 (2002), Bernard informs Santa/Scott that he needs to find a wife (Mrs. Claus) by Christmas Eve, or he would lose his magic forever.

He and Curtis also ran the Workshop, the entire North Pole, and looked after the toy Santa while Scott was looking for a wife.

After being MIA for 20 years, fans got to hear exactly what happened to our favorite elf.

Sadly, when The Santa Clause 3: The Escape Clause came out in 2006, David was committed to another show on CBS (Numb3rs) and was unable to return.

Curtis (played by Spencer Breslin) took on the role of Head Elf, and there was hardly a mention of Bernard- which kind of stung considering all his years of service.

Related: The Santa Clauses Will Have Their Own Winter Wonderland Attraction

When talking with TVLine, series creator Jack Burditt said, “He is in an episode. He plays a pivotal part in teaching Scott some things that maybe he didn’t know, either about the mantle of Santa Claus or himself.”

“We’re playing with this idea that Scott doesn’t… know a lot about his role as Santa Claus,” Burditt continues. “He just knows how he became Santa Claus, and there is a lot of information withheld from him. Bernard unlocks a lot of that information when he comes back.”

Executive producer and director Jason Winer also teased that the series would explain why Bernard has aged in the series, unlike the other elves.

Are you excited for Bernard to be coming back?!