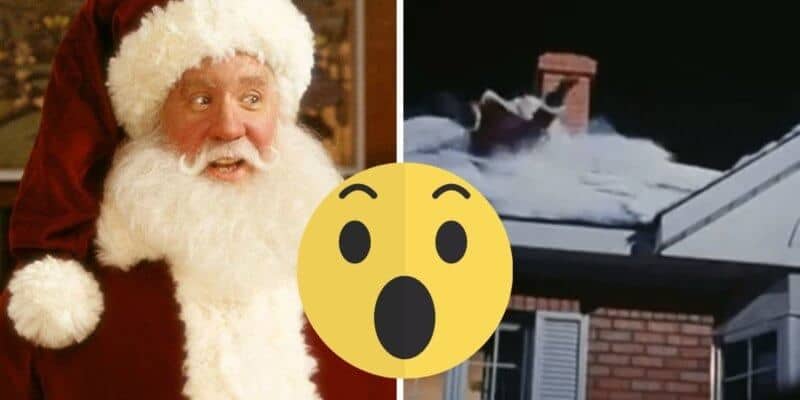 The Santa Clause is one of everyone’s favorite Christmas classic movies, but what if I told you, it could have actually been a horror film? Well, back in 2018, Tim Allen appeared on The Tonight Show and he dished out on what the original plot of the movie was supposed to be, and I promise, you will be shocked.

When appearing on The Tonight Show, Allen shared something that not many people know, or may even believe, about The Santa Clause. “The original Santa Clause is a little darker, written by two comedians. I actually shot and killed Santa, in the original movie,” Allen said. “And he fell off the roof, because I thought he was a burglar. He gives me the card and the whole movie starts. And the kid goes, ‘You just killed Santa.’ And I said, ‘He shouldn’t have been on the roof when he wasn’t invited.'”

“I’m laughing so hard, but the head of Disney at the time, [Jeffrey Katzenberg], said, ‘Well, we can’t start a movie like that.’ I said, ‘Why not?’ He said, ‘Well, we can’t start a Disney movie with you murdering Santa Claus,'” Allen explained on The Tonight Show. “I said, ‘I’m a comedian. Why not? That’s funny. You killed all the parents in your other movies anyway.’ Don’t they? They do that. I’m a comedian!”

The actor then continued by jokingly saying he is “literally the last guy in the world” who should play the part. “I don’t like kids that much. I’m not going to hurt ’em. I don’t say inappropriate stuff. I just don’t like them.”

As many of you know (if you’ve seen the film) that the script was clearly rewritten so that Allen’s character, Scott Calvin, accidentally scared Santa Claus, who was on his roof Christmas Eve. He was obviously startled and so he slipped and fell off the roof, which caused him to leave behind his card and red suit for Calvin.

Allen, as you all know, is a comedian, and so he didn’t hold back his humor while on set, even with the fact that he was working with younger kids. “These kids are asking me questions: ‘What does Santa eat? What does the elves eat?’ I go, ‘How the hell would I know what they eat?’ But all that comes out of my mouth was, ‘Uh, reindeer, I guess.’ It’s the best I could come up with. ‘Why do you like milk and cookies?’ ‘Because it takes the edge off the Jack and Coke.'”

After the film debuted, Allen, who has two children, said his youngest daughter wasn’t too fond of the movie. “I tried to warn her, ‘We’re going to see this movie, but I want you to know it’s a movie. Your dad plays characters. We did have permission from the real Santa to go to the North Pole and take pictures.’ She sees the movie, gets in my lap and she’s all over it—crying because I had to leave the boy, Charlie, to go back to the North Pole. Then I had to explain to her, ‘Now I don’t want you going to school and telling your classmates your dad is Santa Claus because he’s an actor!'”

You can watch the full interview from 2018 with The Tonight Show here. Allen starts discussing The Santa Clause at approximately 2 minutes and 45 seconds:

What do you think of the original plot of The Santa Clause? Let us know in the comments below.