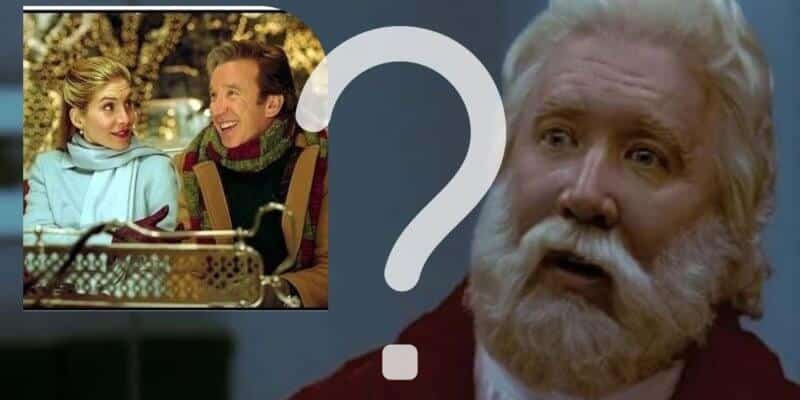 It’s officially the holiday season so I’m sure many of you have already begun watching some of the holiday classics to get you in the holly jolly spirit.

One of my all-time favorite holiday films is Tim Allen’s The Santa Clause. I grew up watching this movie on Disney Channel every year, surrounded by my own family, sipping hot chocolate, and curled up on the couch. So, in 2002 when Disney came out with a sequel film, it’s safe to say I was ecstatic, as were many other Disney and Christmas fans out there. In case you’ve never seen The Santa Clause 2, the official description reads:

Scott Calvin (Tim Allen) has been in the role of Santa for the past eight years, and his loyal elves consider him the best one ever. But the world of the “Merry Old Soul” turns upside down when he’s dealt a double whammy of news: Not only has his son, Charlie (Eric Lloyd), landed on this year’s naughty list, but Scott discovers that he must marry by Christmas Eve — just a month away! — or he will stop being Santa Claus forever.

As explained in the film, because the “Santa Clause” states that Santa must have a wife in order to be Santa Claus, Scott Calvin is thrown into finding his forever and always, Mrs. Claus, by Christmas Eve. We love the storyline and plot of this film, but one Disney fan and Reddit user points out a somewhat dark, and eerie plot point that left some scratching their heads.

CaspianX2 on Reddit posted this “odd realization” about how the elves in Santa’s workshop have to be “hiding a terrible secret.”

“So here’s the realization I had,” the Reddit user wrote. “The previous Santa must have been under the same contractual obligations, meaning that somewhere back at the North Pole, he had a wife.” Okay, we’re following, but here’s the rub… We don’t see any sign of her by the time Tim Allen’s character gets there. What happened to her!?”

Well, they go on to explain two different theories, which, aren’t very magical.

Theory number one states, “She automatically died when her husband did.”

Theory number two states, “The elves found out her husband died, they told her to GTFO.”

Either way, we know the other Santa Clause that fell of Scott’s roof had to have a wife, as per the “Santa Clause”, so where did she go? What happened to her? I guess we will never know.

Though, another Reddit user, Animal-Crackers, points out a reasonable theory stating that it could be possible the former Santa was still in his first year of delivering presents (like Scott Calvin was the year prior) and therefore didn’t have a wife yet.

What do you think happened to the first Santa’s wife? Let us know your theories in the comments below.