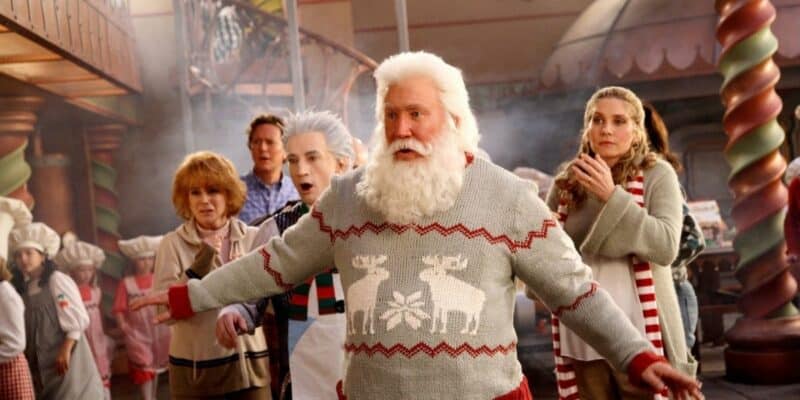 Tim Allen is one of the most popular Disney legends in the world today.

Allen, who is known for his role as Buzz Lightyear in the beloved Toy Story franchise, just recently saw his newest project,  The Santa Clauses, which is a Disney+ Original limited series in which he reprises the beloved role of Scott Calvin and Santa Claus from Walt Disney Pictures’ blockbuster franchise released on the streaming platform.

Allen executive-produced the series and recently shared comments about what fans can expect as the show continues through this Holiday season.

“It originally had a lot of otherworldly characters, and ghosts, and goblins,” Allen told TheWrap. “I said no, this is Christ-mas. Its Christ-mas. It literally is a religious holiday. We don’t have to blow trumpets, but I do want you to acknowledge it. That’s what this is about. If you want to get into Santa Claus, you’re gonna have to go back to history, and it’s all about religion.”

Allen said that Disney found a “brilliant way” to incorporate it all into the series. In addition, he said that he only agreed to sign on with one major stipulation: That the series respected the movie franchise.

“It’s a strange thing, on ‘Last Man Standing’ I was also EP and I knew where I wanted to go with that. And Jack Burditt was also the writer of that, that he is with us. And it’s not easy for him or for me,” Allen said. “I write, I’ve written movies and I’m really the plot guy. So that’s kind of where I’m at with this. And I get very confused with too much detail.”

He continued, “I need to know where we’re going at the end of this beat. And it took quite a bit of massaging from both the Disney folks and Jack to get chapter one — which I call [this] a six-chapter book — I needed that to launch this thing. Respect the last one and let’s not be too gamey with it.”

The first two episodes of The Santa Clauses were released on Disney+ this week.

In the Disney+ series, Mr. Claus (Scott Calvin) is on the brink of his 65th birthday and realizes that he can’t be Santa Claus forever. He’s starting to lose a step in his Santa duties, and more importantly, he’s got a family who could benefit from a life in the normal world, especially his two kids who have grown up at the Pole.  With a lot of elves, children, and family to please, Scott sets out to find a suitable replacement Santa while preparing his family for a new adventure in a life south of the pole.

The Santa Clauses can be streamed on Disney+.

Have you seen The Santa Clauses? Let us know in the comments!