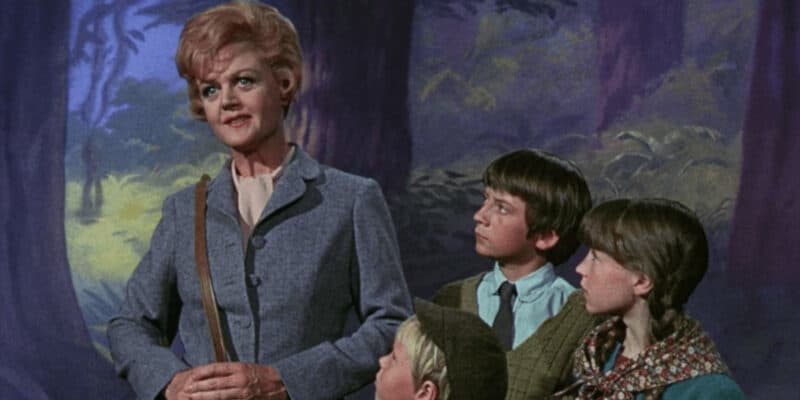 Angela Lansbury fans were shocked to see one last appearance this year.

With as many twists and turns in Glass Onion: A Knives Out Mystery (2022), there was plenty that came as a surprise, but one surprise no one was expecting was a cameo by the late Disney Legend Dame Angela Lansbury. The actress, a veteran of both stage and screen for over 80 years, appeared alongside her friend and former director, Stephen Sondheim, playing the popular game “Among Us” with the character Benoit Blanc (Daniel Craig).

Making her Disney debut in Bedknobs and Broomsticks (1971), the Sweeney Todd star fit right in. Acting alongside another legend, David Tomlinson of Mary Poppins (1964) fame, Lansbury played a witch in training long before “Harry Potter” was even a thought. Lansbury would return to Disney years later as the beloved character Mrs. Potts in Beauty and the Beast (1991).

The film was so successful that only three years after it debuted, Beauty and the Beast was adapted as a Broadway musical. Lansbury’s performance as the lovable Mrs. Potts was, and still is, the benchmark for every performance thereafter.

Lansbury would return to Disney many times, lending her voice and talent for performance to feature films, television specials, and more. Her work for Disney was commemorated when, in 1995, she was awarded Disney Legend status.

After 80-plus years of performance, it wasn’t surprising when the actress began to choose fewer and fewer roles. Even still, it was a tragic and saddening blow when it was announced that she had passed away in October of this year at the age of 96. Fans bid farewell and paid tribute to the legend of stage and screen, believing they wouldn’t see her in anything new ever again…until Glass Onion.

Though a minor role, it suited her perfectly. Having played an amateur sleuth herself for just over a decade as Jessica Fletcher (Angela Lansbury) on the Agatha Christie inspired Murder, She Wrote, an appearance alongside a modern fictional detective, playing one of the most popular sleuthing games of the early pandemic just seemed right.

Director Rian Johnson recounted the experience of working with her in a recent interview with the New York Times, covered by The Hollywood Reporter. Johnson reported that the Disney Legend “couldn’t have been lovelier and more generous.” He also shared how patient Lansbury was as he described the ins and outs of “Among Us,” eventually saying ‘You know what? Just tell me what the lines are. I’ll trust you.’

Glass Onion producer, Ram Bergman, said that the director was “in heaven” getting to work with both Lansbury and Sondheim, who had passed a year before. Reflecting on the experience, Johnson said:

“One thing I’ve learned is that every moment you get with somebody that you respect, savor that time and put yourself in that situation as often as possible.”

Glass Onion: A Knives Out Mystery is streaming on Netflix and boasts a star-studded cast, including Daniel Craig as Benoit Blanc, Edward Norton as Miles Bron, Kathryn Hahn as Clair Debella, Janelle Monáe as Helen and Andi Brand, Leslie Odom Jr. as Lionel Toussaint, and many more in equally unforgettable roles. A twist on the classic murder mystery, the story shows Blanc (Craig) back at his sleuthing, solving a murder amongst the upper crust.

What did you think of Angela Lansbury’s cameo in Glass Onion? Let us know in the comments below!