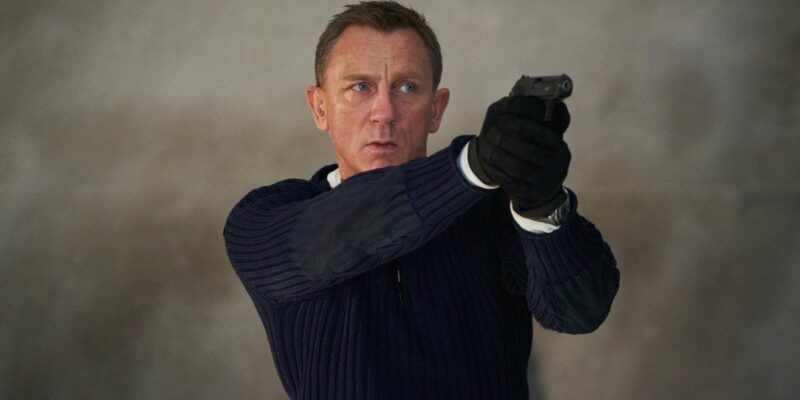 Daniel Craig may be known for his tenure as James Bond, but the actor actually got a fun role in Star Wars years back and finally shared how he got the opportunity.

Star Wars usually doesn’t have a slew of celebrities come in for cameos, but in recent years, the franchise has found more celebrities wanting to be involved. Now, Star Wars projects always have some celebrity hidden by prosthetics or a suit of armor, leaving the audience to guess by the voice or to check the credits.

Craig is famous, but once you place him in a suit or make him look like an alien, it’s hard to spot the actor from any other character in the background. As James Bond, and more recently, Benoit Blanc in the Knives Out franchise, Craig has shown off his acting talents without changing his physical appearance.

While talking on the Happy Sad Confused Podcast, Craig revealed that during his time filming Spectre (2015), he got a chance to star as a stormtrooper in Star Wars:

“I love Star Wars — I wouldn’t have asked to be in it otherwise. Ben Dixon, who’s an assistant director on those movies and he was an AD on [Spectre] as well, and I was doing fittings. I asked him, ‘Could I get a part in this?’ And he just said, ‘Let me go and ask.’ The next day, I was in a f*cking stormtrooper suit.”

In Star Wars: Episode VII — The Force Awakens (2015), Craig plays a Stormtrooper who frees Rey after being under the influence of a Jedi Mind Trick. This quick moment is less focused on Craig than on Daisy Ridley, who starts escaping Starkiller Base, but nonetheless, it’s a neat cameo.

As an avid fan, there’s always potential that Craig could end up starring as another character in the Star Wars Universe just like Sam Witwer, Mark Hamill, and Andy Serkis has done. It’s not uncommon for actors to star as different characters, but they normally hide their faces, become different aliens, or use their voices for certain characters.

Craig would be a fantastic actor to get a second go at acting in Star Wars because he is truly a phenomenal actor. Serkis had the opportunity to star as Kino Loy in Diego Luna’s Andor and gave fans a fantastic performance despite acting as Supreme Leader Snoke in the Sequel Trilogy. Craig could easily play a hero or villain, because it would be great to see the actor do more than just open a door in Star Wars.

Do you think Daniel Craig should return to Star Wars? Let us know what you think!