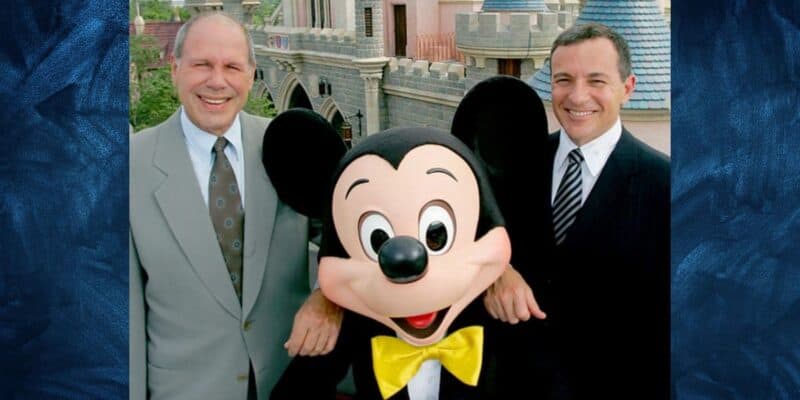 Now that Bob Iger is officially back in the driver’s seat of the Walt Disney Company, fans and longtime Park Guests are eager to see what he’ll do to make up for lost time. Even former CEO and Disney icon, Michael Eisner offered his congratulations to Iger after his announcement.

Eisner was Iger’s predecessor before he originally took over in 2005, and if there’s one person on this planet that Iger should look to for inspiration, it’s his mentor. Like Iger, Michael Eisner did a lot to make Disney the brand fans know it as today. Where Michael Eisner evolved Disney through its cinematic renaissance and revitalized the Disney Parks with the revamp of MGM into Hollywood Studios and the construction of Disney’s Animal Kingdom, Bob Iger brought the realms of Marvel, Star Wars, and Pixar all together for his own Disney multiverse. Now with talks of a new Park in the works, it feels like a pattern might be forming.

There will always be only one Eisner, but if Iger really wants to undo the damage done by Chapek, he’ll take notes from the master that came before. A new Disney Park might not be the first plan of action fans might consider, but it does sound like something Eisner might do. That being said, there are a few things Iger can do following Eisner’s lead that take a much more practical approach than outright starting a lengthy building process.

There are two things that both Eisner and Iger know how to handle better than anyone else for Disney, and that’s how to play to an audience and how to tell a story.

One of the things Chapek called himself out on was how Disney should start “listening to their audience,” and both Eisner and Iger have prided themselves for years, and the results can be seen in their contributions to the company. They used different mediums, but they both accomplished similar results. If Iger can learn from his predecessor’s gift for Guest relations and media management , the Parks and the company can definitely start to heal.

What’s also worth noting is that their attention to audience desires helped shape the Parks in the best way. Eisner recognized what his children liked and didn’t like at the Parks and Iger’s affinity for technology helped revolutionize the theme park industry.

If Iger can keep repeating this pattern and sticking to the standards set forth by his predecessor, Disney will be back on its feet after a much-needed recuperation process. Let’s just hope Iger avoids another DinoLand fiasco.

Do you think Iger will take after Eisner? Tell us in the comments below!