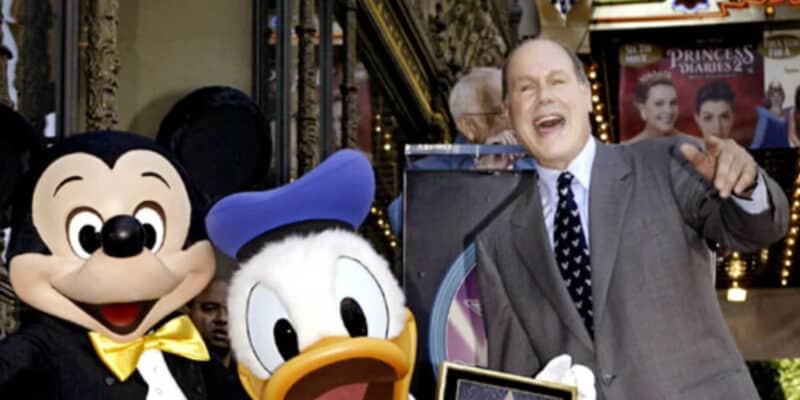 With so much controversy and backlash surrounding the actions, choices, and views of Bob Chapek, it might be time to reflect on the contributions of a CEO who knew how to run the company. While many have led the Walt Disney Company into new territory, no one revolutionized what the brand, Parks, and entertainment mediums could do like Michael Eisner.

Taking over for former Disney president Ron Miller in 1984, Eisner brought a wave of new and exciting changes to the Walt Disney Company. The phrase “he understood the assignment” is a glorious understatement when it comes to his management of Disney, especially when it came to the Disney Parks. By little exaggeration, Chapek has essentially become the Bizarro to Eisner’s Superman. Where Eisner created the FastPass+, Chapek introduced Genie+, Eisner introduced the Magical Express, Chapek dissolved it, and the list goes on. Thanks to his prior experience in the entertainment industry under Paramount, Michael Eisner was truly a Disney CEO that tried to continuously connect with an audience.

Related: You May Have Missed Details at Fan-Favorite Disney Cafe

It was this method of thinking that brought about some of the biggest additions to the Disney Parks, such as MGM Studios (now Disney’s Hollywood Studios), Disney’s California Adventure, and Typhoon Lagoon among many others. While his tenure at the company wasn’t all popcorn and Mickey Bars, Eisner knew how to communicate with Guests. What’s more worth noting is how he listened to his children’s feedback when new rides and attractions were introduced, something the company should desperately revisit.

Not only did Eisner bring about massive changes for the Parks here in the states, but he also introduced the Parks to the rest of the world by founding Disneyland Paris (1992), Tokyo Disney (2001), and Hong Kong Disneyland (2005). While these massive projects weren’t without their hiccups and even some heavy criticism on occasion, they were all some of the most ambitious endeavors attempted by any Disney CEO since Walt himself. In total, Eisner opened not one but seven new Parks and experiences for Disney fans around the globe to enjoy.

Eisner ran the company for thirty years before stepping down from his position in 2005. While the former CEO has since walked away from the Walt Disney Company, there are still many of his contributions and additions still being enjoyed by fans today. If the current board of directors wish to improve Disney’s image in the face of the constant backlash and controversy seen today, they need only look to Michael Eisner for a golden standard.

Were you there during Eisner’s years with Disney? Tell us in the comments below!