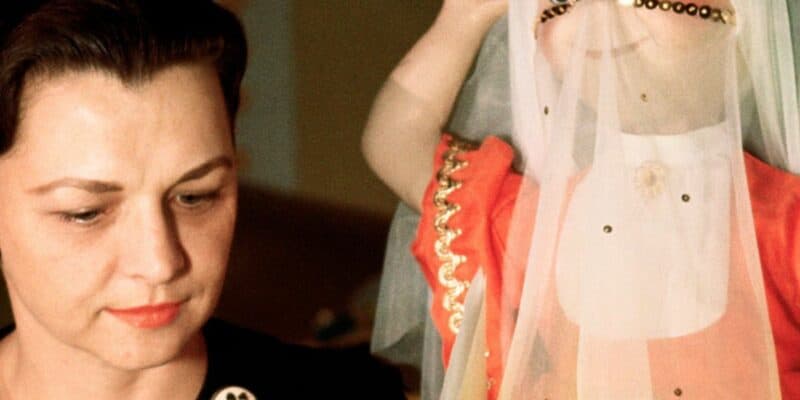 Alice was most famous for her costume work for The Walt Disney Company. She was a crucial figure behind the scenes on several iconic Disney animated films, such as Sleeping Beauty (1959).

Related: Disney’s Sky-High Prices Could Be Killing the Magic

Alice launched her career designing women’s lingerie and undergarments for the Beverly Vogue & Lingerie House in Los Angeles and was quickly promoted to head designer. As her career progressed, she designed two lines of fashion lingerie and earned a reputation as an expert pattern maker and authority on the uses of fabrics.

In 1963, Walt Disney recruited Alice to contribute her skill to the attraction it’s a small world for the 1964-65 New York World’s Fair. Collaborating with art designer and Disney Legend Mary Blair, Alice researched, designed, and supervised the creation of more than 150 highly detailed costumes for the Audio-Animatronics® children of the world.

During this time, Alice also formulated costuming procedures, set up a manufacturing base, and developed quality control refurbishing techniques, which established the standards for three-dimensional characters in rides and shows created by WDI.

In 1965, she translated the pirates’ attire from Marc’s original drawings of the shiver-me-timbers cast and crew into clothing designs and patterns for all of the costumes featured in Pirates of the Caribbean. Two years later, when the attraction opened at Disneyland, guests were dazzled by the animated figures and their colorful, textured pirate-wear. Later, Alice contributed to General Electric’s Carousel of Progress and the Flight to the Moon attractions.

Alice Davis was inducted as a Disney Legend officially in 2004. Here is how she is described by Disney per a post on D23:

At Walt Disney Imagineering (WDI), Alice Estes Davis was the original “designing woman.” Married to Disney Legend Marc Davis, she enjoyed a fashionable Disney career of her own, designing and dressing animated figures for such beloved Disneyland attractions as “it’s a small world” and Pirates of the Caribbean. As Alice recalled with a gleam in her eye, “I went from sweet little children to dirty old men over night.”

Alice will leave behind an impressive and historic legacy for The Walt Disney Company.