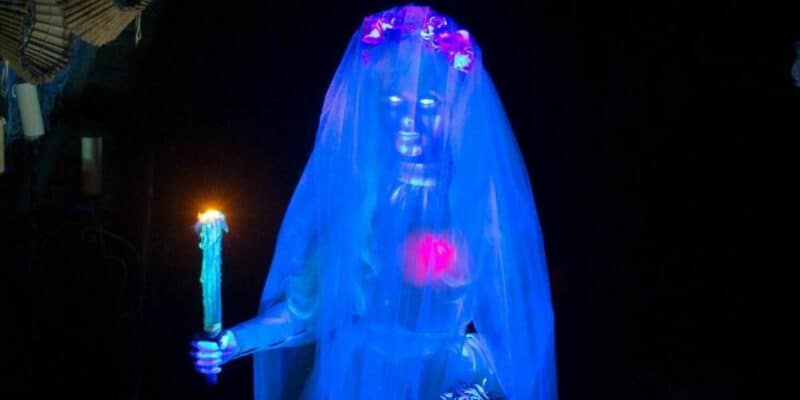 It seems like Disney is implementing something new in the Parks, and it’s bringing something spooky to the fan-favorite Haunted Mansion.

There are also several beloved franchises that have begun in the Disney Parks themselves and also turned into big properties in their own right — namely the Pirates of the Caribbean (especially with Johnny Depp as Jack Sparrow — although now it seems Margot Robbie may take his place?), the Haunted Mansion, the Jungle Cruise and the related Disney Parks creation, the Society of Explorers and Adventurers (SEA). Now, the Haunted Mansion ride and franchise will receive a brand spanking new update coming to a Disney Park this January.

This new Haunted Mansion event is titled Disney Story Beyond, and is a new style of event that has not been attempted before. It was revealed by Disney slowly and mysteriously throughout the entire month of November. The Haunted Mansion mystery-solving event was teased to debut in January 2023, and is a first of probably several new events that hope to combine new augmented reality technology with features within the Parks themselves. It will debut in the Tokyo Disneyland Park’s Haunted Mansion first, in the Tokyo Disney Resort — but this does not rule out the same or similar event coming to the other Disney Parks, should this endeavor prove successful. Now, the Tokyo Disney Resort has released more information — with regards to the limited edition Haunted Mansion merchandise, and importantly — how to take part in solving the mystery within the theme parks themselves.

Alongside the augmented reality features coming to the Haunted Mansion ride, the mystery-solving element called “The 13 Hidden Mysteries of the Ghost Registry”, will let Guests put on their proverbial Sherlock hats to figure out the truth behind the Haunted Mansion’s mystery!

Read the story and How To Play written in the guide, accessed from the QR code.

A riddle will be displayed on the screen. Solve the mystery while finding hints on the Disney Story Beyond special site and inside the Parks.

The Walt Disney Company (and whoever is spearheading this over at Imagineering) have decided to keep quiet about any further details. It seems like a large part of the event is meant to be shrouded in mystery somewhat, only to be revealed as time goes on.

Either way, we’re definitely keeping an eye out — if this proves to be a popular sort of event, it could prove a fantastic method of spicing up a trip to Disney for out-of-towners, but locals especially!

What do you think about this new Haunted Mansion mystery-solving event? Do you hope to participate in this (or something like it)? Share your thoughts in the comments below!