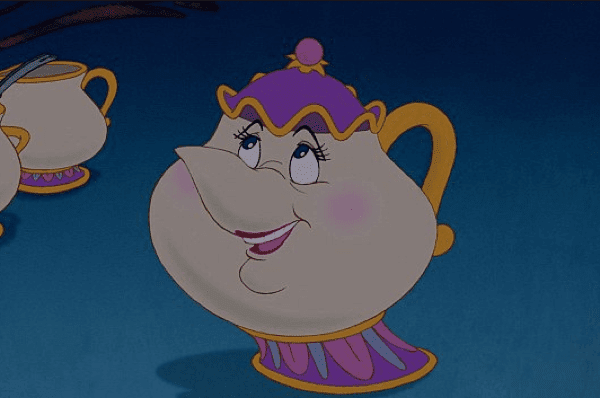 Disney fans everywhere are deeply saddened to learn the great Angela Lansbury, who performed in over 41 films across her highly decorated career, has passed away in her home at the age of 96. From quirky detectives to singing tea pots, the actress had one of the most impressive ranges and careers in the history of cinema.

Lansbury had a career spanning several decades and was one of the last surviving performers of the Golden Age of Hollywood, but Disney fans will immediately know her for her cherished performance of Mrs. Potts in the original Beauty and the Beast. The actress first joined the Disney name with the role of Miss Eglantine Price in 1971’s Bedknobs and Broomsticks before her iconic appearance as Mrs. Potts, as well as appearing in many special Disney projects such as Fantasia 2000 and a cameo appearance as the Balloon Seller in Mary Poppins Returns.

Her long-standing career with the Walt Disney Company earned Lansbury the title of Disney Legend, one of the most prestigious awards the company offers, forever immortalizing her along with iconic performers such as Julie Andrews, Phil Collins, and Johnny Depp. Appropriately, two of her final on-screen appearances consisted of her cameo in Mary Poppins Returns and Buttons, A New Musical Film alongside fellow Disney Legend, Dick Van Dyke. However, her role as Mrs. Potts in Beauty and the Beast is what forever established her as a key player under the Disney name.

Related:“Reimagined” ‘Beauty and the Beast’ Show Coming to Disney Park

Lansbury’s immortal rendition of “Beauty and the Beast” is a performance that simply can’t be topped, and will forever be associated with her career, arguably even more so than her tenured performance as Jessica Fletcher in Murder She Wrote. Forever a legend of stage, screen, and of course Disney, Angela Lansbury is a tremendous talent that will forever be missed by her family, friends, and fans that were able to enjoy all of her incredible performances.

What was your favorite Angela Lansbury role? Tell us in the comments below!