Disney's 'Wish' Movie: Everything You Need to Know - Inside the Magic 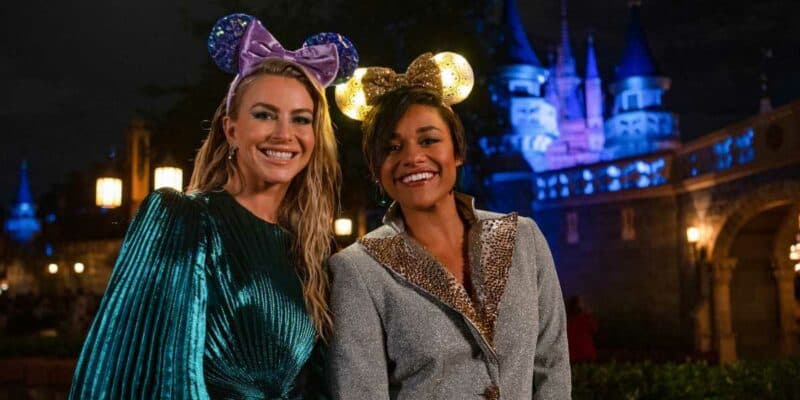 Next year, The Walt Disney Company will celebrate Disney 100 Years of Wonder — a huge company-wide event celebrating 100 years of the House of Mouse.

Along with new Disney Parks experiences, the company will release a new animated classic that pays homage to the 100-year history of Disney animation — Wish (2023). Here is everything we know.

What is Disney Wish?

Disney Wish is a new animated classic from The Walt Disney Company. The movie will introduce the idea of a sentient wishing star — an iconic symbol that has informed and impacted so many memorable Disney stories. From Pinocchio (1940) to Peter Pan (1953) to Lady and the Tramp (1955), the wishing star has been a mainstay in the Disney canon for decades, and Wish will celebrate that in its entirety.

The Walt Disney Company’s official synopsis of Wish is as follows:

As Walt Disney Animation Studios celebrates its 100th year, the all-new original feature film “Wish” asks the question: “How did the wishing star, upon which so many Disney characters wished, come to be?” Set in the magical kingdom of Rosas, the story introduces Asha (voice of Ariana DeBose), an optimist with a sharp wit who deeply cares about her community. When Asha turns to the sky in a moment of need and makes a wish, her plea is answered by a cosmic force—a little ball of boundless energy called Star. Together, they face the most formidable of foes to save her community and prove that when the will of one courageous human connects with the magic of the stars, wondrous things can happen.

Inspired by watercolor illustrations of fairytales that fascinated Walt Disney, the look of the film blends a timeless watercolor style with contemporary 3D CG animation.

Who is in the cast of Disney Wish?

Fresh from her historic win at the 94th Academy Awards where she won Best Supporting Actress, Ariana DeBose will star as Asha, the lead for Disney’s Wish. DeBose is a Broadway veteran and hit the mainstream last year when she starred as Anita in Steven Spielberg’s remake of West Side Story (2021). She was the first openly gay woman of color to win an Oscar.

Starring alongside DeBose will be frequent Disney collaborator, Alan Tudyk. The actor will star as Valentino, a pajama-wearing goat.

So far, DeBose and Tudyk are the only actors attached to the project but fans should expect more information to be shared as Disney 100 Years of Wonder commences next year.

Who is on the creative team for Disney Wish?

Wish will be co-directed by Chris Buck and Fawn Veerasunthorn of Frozen (2013) and Raya and the Last Dragon (2021) fame, respectively. Jennifer Lee will co-write with Peter Del Vecho and Juan Pablo Reyes producing. Singer-songwriter Julia Michaels is penning the songs for the centennial movie.

When was Disney Wish announced?

Disney’s Wish was revealed at the D23 Expo 2022 in Anaheim, Southern California earlier this year. Chief Creative Officer of Walt Disney Animation Studios Jennifer Lee announced what her studio arm will be releasing for the centennial at the event much to the delight of fans.

When will Disney Wish be released?

Currently, the 62nd animated feature film is scheduled for a Fall 2023 release from Walt Disney Animation Studios with a date of November 22, 2023. It will follow recent releases such as Encanto (2021) and Strange World (2022).

Is there a trailer for Disney’s Wish?

No, not yet but a trailer can be expected closer to the movie’s release date.

Previously Disney said this of the upcoming Disney100:

Disney100 will be the largest cross-company global celebration in the 100-year history of The Walt Disney Company, and it will officially kick-off during Dick Clark’s New Year’s Rockin’ Eve with Ryan Seacrest on ABC.

What other Disney films are releasing next year?

Along with Wish, The Walt Disney Company will release a huge slate of movies and television shows next year. In terms of Walt Disney Studios Motion Pictures, fans can expect Rob Marshall’s live-action remake of The Little Mermaid (2023) starring Halle Bailey as Ariel, and a new adaptation of Haunted Mansion (2023) from director Justin Simien. On Disney+, the streamer will release Peter Pan & Wendy (2023) from David Lowery next year.

Are you looking forward to Disney Wish? Let us know in the comments down below!