Disney's Biggest Flop Has Forever Changed Its Animation - Inside the Magic 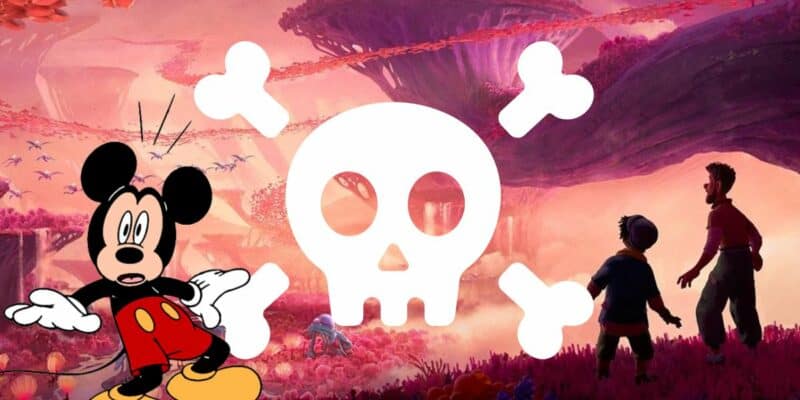 Dubbed a $100 million flop, Disney’s latest animated feature, Strange World, has been sacked with a less-than-savory reputation since its dismal debut. Set to premiere on Disney+ merely a month after it hit theaters, the film might have a second wind when it’s made more available to a wider range of viewers.

That being said, the damage to Walt Disney Animation has already been done. What some fans, both casual and veteran, don’t realize is that the studio has been permanently changed due to this film’s poor reception. The fallout from Disney’s disaster won’t end once the movie is tucked neatly away on Disney+ where it will undoubtedly be lost in a sea of other films. As sure as a massive paradigm shift is headed for Walt Disney Animation.

People can name names, point fingers, and talk about what went wrong, what went right, and what made Strange World what it became, but the results are still the same. This was much more than a financial flop for Disney. Critics can blame it on the marketing, blame it on the direction, blame it on the father/son acceptance story arc, and even blame it on Disney adding their “first gay character,” but the point is that the film did not work on more levels than one. It’s not like Disney tried something new that didn’t work, but that they tried to push too many things over the course of one film, and too many cooks ended up burning down the kitchen. But just how bad is Strange World, and should it really be considered Disney’s biggest bomb?

When it comes to failed Disney projects, the name that immediately bubbles to the surface is The Black Cauldron. Known as the black sheep of the Walt Disney Company, The Black Cauldron was a dark fantasy film inspired by the Prydain series by Lloyd Alexander, and it was definitely the darkest project Disney had undertaken at that time. This tale of swords, sorcery, and undead minions was undoubtedly a new venture for Disney, and the company was definitely experimenting with more graphic material. While it’s something of a cult film today, the project was the studio’s biggest failure. The film bombed so hard that it even put the future of Disney’s animation department in jeopardy. Not only that, but it shared some eerily similar qualities with Strange World.

While Strange World might lack swords, witches, and evil undead spellcasters played by John Hurt, it shares more qualities than some fans might think. Both films had a fantastical world, experimented with more adult subject matter, and came on the heels of highly successful Disney projects. The difference? The Black Cauldron made close to half of its original budget back, not including inflation. Keep in mind, The Black Cauldron also had more going against it, namely Jeffery Katzenberg taking a pair of scissors to the film’s final reels. So what makes Strange World so different, and why are audiences so much more critical than the were of a movie that nearly received an R rating and supposedly almost killed the Disney studio.?

As stated previously, there are a number of features fans can blame for Strange World’s failure, but a consensus seems to agree on three main things: marketing, overkill, and the “woke” movement. In reality, it might be a combination of all three, but that still doesn’t change the fact that the final project did not work. As demonstrated by the financial blow dealt by the film’s lackluster debut, Disney didn’t just try and fail, they tried too many failing elements and ultimately collapsed.

Some Disney fans are comparing the failure of Strange World to other Disney sci-fi films such as Atlantis: The Lost Empire and Treasure Planet, both of which supposedly share a common curse with the most recent animated flop. They suffered greatly in the marketing department. That might actually be true to a certain extent, as ads and commercials for Strange World didn’t exactly offer up any tantalizing images to beckon viewers to come see it. At least something like Atlantis had Mike Mignola’s artwork and a mysterious premise to tantalize audiences into coming to the theaters. However, many of the film’s ads and spots were simply too vague to convey anything other than a family’s weird adventures in a sci-fi setting on some strange, alien planet.

Related: Can Disney+ Save ‘Strange World’?

Jumping off of that previous statement, another immediate criticism of the film is the fact that it simply tries to do too many things at once, resulting in a mixed bag of plot points and themes killing a singular identity. Is it a coming of age story? A father-son-reunion story?  An animated expedition film a la Jules Verne or Indiana Jones? There really isn’t one solid answer, and that causes the movie to fall flat on its face. Throwing ideas at the wall might work in the storyboard sessions, but not in the final project.

Additionally, the themes and motifs shown in Strange World are common tropes seen across multiple (arguably better) Disney movies. The plot focuses on a family of explorers (Atlantis and DuckTales) who have to learn how to put aside their differences to explore an unforgiving landscape and overcome the odds (The Incredibles). That’s not even mentioning the rehashed father/son-understanding-one-another motif (A Goofy Movie), a theme of upholding the family name (Chicken Little), and more than a few familiar elements shared with James Cameron’s Avatar. Simply put, the movie comes off as rehashed and half baked.

Of course, there’s no getting away from what many viewers consider the movie’s biggest fault, its “wokeness.” Of course, by “woke” most critics and viewers are referring to the inclusion of Disney’s first gay character, Ethan Clade. However, while the inclusiveness is certainly commendable of Disney, this choice does nothing to further the narrative. In short, it’s having a gay character simply for the sake of having a gay character similar to the trope of the token minority, and that’s really not doing the studio any favors either. Now that the dust has settled, what does all of this mean for the future of Disney animation?

Now that Bob Iger has resumed control of the company, there are going to be some changes at Walt Disney Animation. Shortly after regaining his position, the CEO stated,

“I fundamentally believe that storytelling is what fuels this company, and it belongs at the center of how we organize our businesses.”

This isn’t just being directed at the corporate side of the Walt Disney Company, or even at the theme parks. There are going to be some major changes affecting Walt Disney Animation, and they’re going to happen a lot sooner than many will probably expect. As seen in the aftermath of The Black Cauldron, a new team of artists and animators are definitely looking at some new management in the near future. Anyone whose ever seen Waking Sleeping Beauty will know that the heat is getting ready to boil the team behind Strange World. The return of a focus directed more towards traditional storytelling might be beneficial, but its not going to come without some cuts.

With that all in mind, that doesn’t mean Disney Animation is down and out. On the contrary, both Disney and Pixar already have two new projects going forward in the forms of Wish and Elemental. With the former being a supposed return of traditional animation and the fantasy/fairytale narrative, it might be the life-preserver that the studio needs to shake off the sour taste of Strange World.

This is entirely speculative, but Disney did make a massive comeback after its last major flop. After all, history does tend to repeat itself. It might be logical to assume that both upcoming films could be the start of a new Disney Renaissance. However, viewers and fans will have to wait until they are both released before any true change can be predicted.

In financial terms, Strange World is Disney’s weakest link, but to call it the worst movie the company has ever made might be a step a bit too far. It’s plot and characters aren’t downright detestable, they’re just not focused enough or overly unique compared to what the studio has released in previous years, but that doesn’t mean it needs to be burned at the stake. Its addition to Disney+ might warrant it a new crop of fans and viewers, and it might even become Disney’s next cult film if the right people watch it and enjoy it, but for both good and bad, the film has left a mark on the studio that won’t be forgotten.

Strange World simply tried to do too many things, please too many niche audiences, and lost the classic Disney identity in the process. With any luck, Iger’s mission to return Disney’s focus to creative storytelling and traditional motifs will help pull Walt Disney Animation Studios out of the muck and mire the film has unfortunately wrought. In the end, the film was a fall for Disney, but also a stepping stone in learning what works and doesn’t work for an ever-changing audience.

Do you think Strange World was really Disney’s worst movie? How do you think the studio can be changed? Tell us in the comments below!