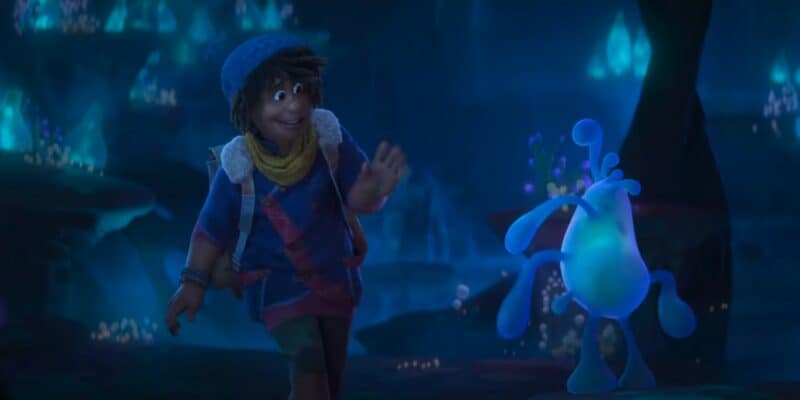 To say that Disney’s Strange World comes with a tumultuous reputation would be a glorious understatement. Considered by many to be the studio’s biggest financial flop since The Black Cauldron, losing around $100 million dollars at the box office, the film is set to debut on Disney+ only a short while after its original release. As unusual as that sounds, it has the potential to at least partially save the film’s stigma.

Strange World has a litany of problems, but many claim that one of its biggest holes is its marketing. Similar to films like Atlantis the Lost Empire, certain Disney fans have pointed fingers at the film’s limited advertising for being one of its major faults, but there might be more to the equation. The film is a sci-fi adventure featuring a family of explorers in a bizarre alien world, but it also made some rather controversial creative choices that led to the project’s downfall. That all being said, introducing it to Disney+ could give it some more viewers with a more accessible platform.

By little exaggeration, the 2020 COVID pandemic changed how we see movies as an audience. The institution of movie theaters is still healing, and some films (especially Disney’s) have skipped the theaters altogether to have much more positive outcomes on streaming services. Turning Red and Encanto both had highly successful releases on Disney+, and there is potential for Strange World to do the same. However, ease of access does not absolve the film of its sins seen by the eyes of critics.

The plot of the film will not change, nor will its fractured plot points and “woke” elements. Logically, this means that those who found fault with it in the theaters will obviously take the same issues when it releases on Disney+. However, just because the film didn’t appease a massive audience doesn’t mean it won’t win the favor of the right one.

Many of Disney’s classic animated films, including The Black Cauldron, The Nightmare Before Christmas, Hocus Pocus, and Atlantis: The Lost Empire all found their own fanbases in the cult-film circle. Who’s to say that Strange World won’t have the same outcome? It might be critically and commercially panned now, but it could have its own fan following after some time on Disney’s streaming platform.

How do you think Strange World will fare on Disney+? Tell us in the comments below!