Can Bob Iger Mend Disney's Relationship With China? - Inside the Magic 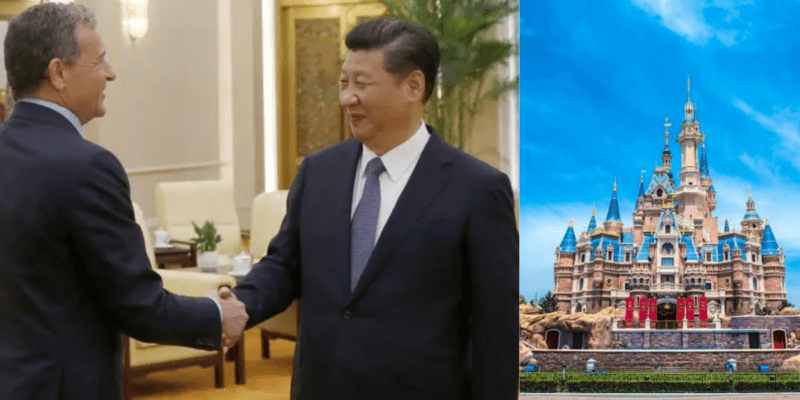 With the return of Walt Disney Company CEO Bob Iger and the exit of former CEO Bob Chapek, there is now an opportunity for the company to reset its relationship with China.

Over the last few years, The Walt Disney Company and China have had an interesting relationship. Between the Covid lockdowns causing its Chinese-based Disney Parks to continuously open and close, along with a struggle to release films in theaters to the public within the nation, there has been a bit of a strain between the two during Bob Chapek’s tenure as Disney CEO.

As Bob Iger returns to the helm as Walt Disney Company CEO, he will have the chance to reestablish a better relationship with the communist government, which could help the business perform better on a bottom-line basis over the next few years.

Under the leadership of former Walt Disney Company CEO Bob Chapek, the relationship between China and Disney has been complicated. During Chapek’s short tenure as the leader of the entertainment giant, film releases in China have been challenging to predict. To be fair to Chapek, the relationship between China and Hollywood has always been difficult to navigate.

American business executives have stated in the past that it has been a bit more so since the film industry and the vetting of all foreign submissions was put under the direct control of the Communist Party’s propaganda department back in 2018. During an international session at CinemaCon last month, industry leaders reportedly said that films often aren’t rejected outright but linger after being submitted, with a release date never set in the country.

For example, Eternals (2021) did not open in China after controversy about years-old comments by director Chloe Zhao surfaced during the run of her Oscar-winning Nomadland (2020). Shang-Chi and the Legend of the Ten Rings (2021) was also put on hold — possibly due to the character, villain Fu Manchu, who some criticized as a kind of stereotype. Black Widow (2020) never got a release date. (The same for Spider-Man: No Way Home (2021), co-produced by Marvel and Sony and distributed by Sony.)

The track record for Disney and Marvel Studios since Chapek had taken over as Disney CEO has been shakey at times.

In addition to the struggles at the box offices in Mainland China, The Shanghai Disney Resort, located in Pudong, Shanghai, has also faced quite a few troubled years. The Resort first closed its gates during the uptick in COVID-19 infections in China and, subsequently, worldwide. When the Resort closed recently a few months ago on October 31, thousands of Guests were trapped inside the Park.

While Disney Parks worldwide have been strongly affected by the COVID pandemic, Shanghai Disney Resort has had a particularly rough time dealing with the situation, as the Resort has been forced to shut down and reopen several times throughout the last couple of years, recently leaving thousands of visitors trapped inside the Parks. Shanghai Disneyland’s latest reopening took place on November 25, but the Park was forced to shut down again on November 29, just a few days after the Park resumed operations.

Even though it wouldn’t be fair to pin China’s pandemic struggles squarely on Bob Chapek, the cooperation between Disney and China could be enhanced under Bob Iger’s leadership now that he is back as CEO of Disney.

Like other media companies, The Walt Disney Company has encountered challenges in distributing its films in the Chinese market. China is a significant market for the global film industry, and the Chinese government has strict regulations for the distribution of foreign films in the country.

One of the main challenges that Disney and other studios have faced in China is the quota system, which limits the number of foreign films released annually. This can make it difficult for studios to secure a film release in China. In addition, the Chinese government also has the authority to censor or ban films that it considers inappropriate or sensitive.

Like any other country, China has its regulations and standards for the films that are allowed to be released in its theaters. As a result, there have been instances where Disney films have faced challenges or delays in being released in China.

One example is the live-action adaptation of Mulan (2020), which Disney released during the pandemic. The film faced controversy and backlash in China due to its depiction of particular historical and cultural elements and the involvement of certain Cast Members in perceived political disputes. As a result, the film faced delays in its release in China and was ultimately released with specific changes made to the version shown in other countries.

Despite these challenges, Disney has had several of its films released in China and has succeeded somewhat in the market. The company has had to navigate the regulatory environment and work with local partners to remove its movies from the country. Still, it has secured wide releases for many of its films in China.

It is worth noting, however, that Disney has a strong presence in the Chinese market and has had many successful releases in the country. Like any other market, the success of a film’s release in China can depend on various factors, including local regulations, cultural sensitivities, and audience preferences.

Disney’s Relationship in the Past With The Chinese Government

Disney has a long history of doing business in China. The company had been in the country since the early 1980s when it began licensing its products and characters for use in the Chinese market. In the late 1990s, Disney began to explore more significant business opportunities in China, including the possibility of building a theme Park in the country.

In the early 2000s, Disney opened its first theme Park in China, Hong Kong Disneyland, a joint venture with the Hong Kong government. The Park has been successful, and in 2016, Disney opened a second Theme Park in China, the Shanghai Disneyland Resort. This Park was built with the support of the Chinese government and is owned and operated by Disney.

In addition to its theme parks, Disney has also had success in China with its movies, which have been released in the country through partnerships with local distribution companies. The company has also licensed its characters and franchises for use in various consumer products in China. Overall, Disney has had a strong presence in China and has played a significant role in the country’s entertainment industry.

Disney’s success in China has not been without challenges, however. The company has faced regulatory hurdles and cultural differences in the Chinese market and has had to navigate a complex business environment. Despite these challenges, Disney has continued to invest in China and has become a significant player in the country’s entertainment industry.

Why Bob Iger is the Perfect Person to Help With Disney’s Struggles in China?

Disney CEO Bob Iger has long worked with the Chinese government. His history in China dates back to the 1990s when he and former Disney CEO Michael Eisner began an apology tour in the Communist country for Martin Scorsese’s biographical film about the Dalai Lama, Kundun (1997).

In January 2011, Iger first attended a state dinner for China hosted at The White House. Later that year, in October 2011, Iger was recognized by the National Committee on U.S.-China Relations for philanthropy in China. During his speech, he said he travels to China yearly to foster the country’s relationship with the United States. In his remarks, he would say, “I can’t think of anything that has been more satisfying or gratifying, more exhilarating than finally breaking ground for Shanghai Disneyland.”

Fast forward to September 2015, it was reported by The New York Times that Iger had attended his second White House state dinner for China and was seated next to Chinese President Xi Jinping. A few weeks later, Iger was among a group of American executives who welcomed Xi for a CEO roundtable hosted in Seattle. In June 2016, Disney opened the Shanghai Disneyland Theme Park, giving the Chinese government a 57% ownership stake in the Resort and a 30% share in the Disney management company that runs the property.

Iger’s ties were so close to the Communist Government in China that following the 2020 presidential election, his name was being floated around as the possible U.S. ambassador to China under President Biden.

Disney and China have a long relationship with one another. As you can tell, Iger and Xi Jinping have a mutual understanding and a good friendship, which could be a good thing for Disney as it starts to move forward in getting back to business within China.

If Disney is successful in re-energizing its business units within China, it could help Disney recover from the pandemic once and for all.

Do you think Disney CEO Bob Iger will successfully turn around the business in China? Let us know what you think by leaving us a comment below.