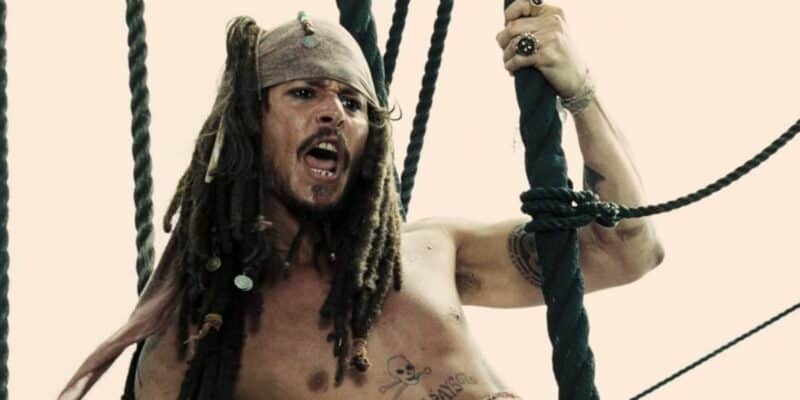 Johnny Depp is back. Amid rumors of a return as Captain Jack Sparrow, the fan-favorite actor can now be seen in a brand-new image for his upcoming movie.

This past summer, actor Johnny Depp and his ex-wife, Hollywood actress Amber Heard, were locked in a six-week defamation trial. The Virginia court in Fairfax County — presided over by Judge Penney Azcarate — found both Depp and Heard guilty of defamation and laid out the damages owed for each party in their verdict.

However, due to continued rallying behind Depp, who lost roles in both the Harry Potter spinoff series, the Fantastic Beasts franchise, and as his beloved hero, Captain Jack Sparrow in the Pirates of the Caribbean movies, the Jack Sparrow actor has, arguably, come out of the trial better off leading to him slowly reentering the entertainment industry after having been ostracized for his alleged domestic abuse of Heard.

After a hugely successful career throughout the 90s, Depp’s most commercial role to date would come as the jaunty, warm-hearted pirate, Captain Jack Sparrow in Pirates of the Caribbean: The Curse of the Black Pearl (2003). Depp would go on to star in the billion-dollar franchise for over a decade, partly joined by Keira Knightley (Elizabeth Swann) and Orlando Bloom (Will Turner) in the Caribbean film and netting big takings at the box office. That would come to an end after allegations of domestic violence and sexual assault were made by his ex-wife, Amber Heard.

Depp and Heard’s marriage came a few years after their meeting on the set of The Rum Diary (2011) and the end of Depp’s relationship with Vanessa Paradis. But, in 2016, the Aquaman (2018) actress would take out a restraining order against Depp, and in 2018 would go on to write the now infamous Op-Ed in The Washington Post about her survival as a victim of domestic abuse. Flashforward four years and the $50 million (Depp) and $100 million (Heard) defamation suit would hit the courts in Fairfax County. Ultimately, both parties were subject to damages but Heard would be required to pay her ex-husband more per the jury’s findings.

Amid the trial, and the unwavering support of the actor, Depp made appearances on stage with musician Jeff Beck, with movie studios going on to promote his involvement in forthcoming projects. One of those is Maïwenn’s Jeanne Du Barry (2023) in which Depp plays the controversial royal, King Louis XV.

Now, following a fierce bidding war for the project at the summer’s film markets, a new update on the film, by the way of an image of Depp in the role has been released, which can be viewed below.

The drama is freely inspired by the life of Jeanne du Barry, Louis XV’s last royal mistress at the Court of Versailles, after Madame de Pompadour.

The illegitimate daughter of a seamstress, Jeanne du Barry uses her intelligence and beauty to rise through the ranks of 18th Century Paris high society and Louis XV’s Court at Versailles. She becomes Louis XV’s favorite companion. Unaware of her status as a courtesan, he regains his appetite for life thanks to their relationship. They fall madly in love. Against all propriety and etiquette, Jeanne moves to Versailles, where her arrival scandalizes the court.

The new photograph comes amid swirling rumors that the actor is considering rejoining the Pirates franchise as Captain Jack Sparrow. Depp said during the trial that he was upset that he couldn’t say goodbye to his iconic character Jack Sparrow after being shunned by The Walt Disney Company during the allegations and abuse controversy, but a $301 million paycheck to return was later floated by various outlets. In fact, a recent report explains that the actor may be reconsidering his position on Pirates of the Caribbean, but nothing has been confirmed as of yet.

At present, the franchise is leaning into a reboot era with multiple Academy Award-nominated actress Margot Robbie stepping into the pirate boots for future installments of the popular film series, according to producer Jerry Bruckheimer.

Will you be hoping to catch Johnny Depp in this upcoming movie? Let us know in the comments down below!