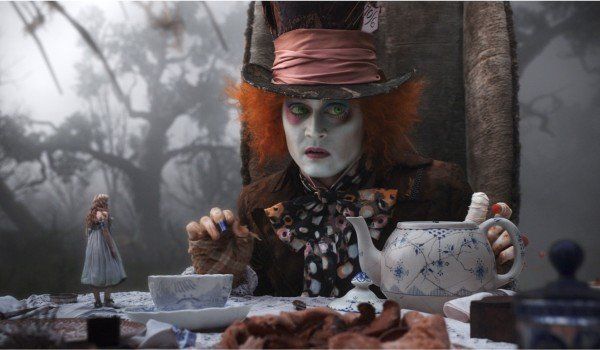 The much-celebrated mind of Tim Burton may not be associated with The Walt Disney Company anymore after the prolific director and producer suggested his live-action remake of Dumbo (2019) would be his last project with the Mickey Mouse corporation.

Director Tim Burton’s Dumbo, starring Colin Farrell (Holt Farrier) and Michael Keaton (V.A. Vandeverr), came in the year of near non-stop live-action remakes from Disney. It started with the story of the flying elephant, followed by Aladdin (2019), The Lion King (2019), Maleficent: Mistress of Evil (2019), and the Disney+ movie, Lady and the Tramp (2019).

But Burton’s illustrious career started long before his helming of Dumbo. The director is best known for producing The Nightmare Before Christmas (1993), which retains a strong foothold in both the Halloween and Christmas movie lexicon, as well as being an all-year-round part of the Disney branding thanks to Jack Skellington, Sally, and the other Halloween Town inhabitants, as well as Danny Elfman’s charismatic score. Burton also directed multiple Johnny Depp-led projects like Edward Scissorhands (1990), Corpse Bride (2005), Charlie and the Chocolate Factory (2005), Sweeney Todd: The Demon Barber of Fleet Street (2007), and Dark Shadows (2012). His other popular works include Beetlejuice (1988), and Batman (1989).

He has also had an extended partnership with The Walt Disney Company, directing the live-action billion-dollar hit Alice in Wonderland (2010) and the aforementioned Dumbo. Burton helmed the stop-motion Frankenweenie (2012) from Walt Disney Studios Motion Pictures. It’s clear the pair’s collaboration has spanned decades but that could be coming to an end very soon.

Deadline writes how Burton “was talking at a press conference on Saturday at the Lumière Festival in Lyon where he received its prestigious Prix Lumière”, and later followed up his new commendation with words about the House of Mouse, suggesting that Disney has bypassed the energy for more independent projects in favor of Marvel, Star Wars, and Pixar. The Ed Wood (1994) film director said (via Deadline):

“It’s gotten to be very homogenized, very consolidated. There’s less room for different types of things,” he said, adding it was unlikely he would ever do a Marvel movie. “I can only deal with one universe, l can’t deal with a multi-universe.”

He continued, elaborating on the woes he felt while directing Dumbo for The Walt Disney Company, calling it a “circus”:

“My history is that I started out there. I was hired and fired like several times throughout my career there. The thing about Dumbo, is that’s why I think my days with Disney are done, I realized that I was Dumbo, that I was working in this horrible big circus and I needed to escape. That movie is quite autobiographical at a certain level.”

It may come as a big loss for Disney if Burton does intend to no longer work with them. The film director’s signature style as well as opting for more gothic fantasy types of projects that, clearly, spawn large cult audiences may land a big blow for the studio’s efforts outside of the big franchises like Marvel and Star Wars. Similarly, fans of his work may also miss his frequent collaborators such as Depp, Winona Ryder, and Helena Bonham Carter, too.

Related: ‘The Nightmare Before Christmas’: Tim Burton’s Return to Disney

This year, Burton’s Netflix series based around The Addams Family character, Wednesday Addams will debut on the streaming service. Wednesday stars Jenna Ortega in the title role and will premiere on November 23, 2022.

Do you think Tim Burton will ever return to directing a movie for Disney? Let us know in the comments down below!