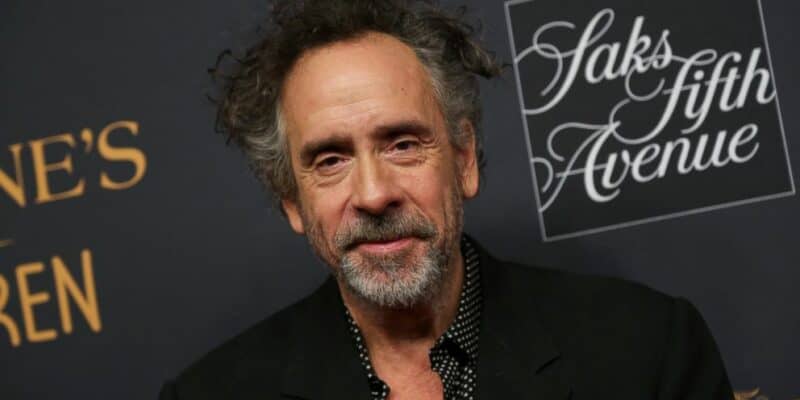 Tim Burton and Halloween go together like Disney and talking animals. You just can’t have one without the other.

This man has shaped so much of our childhood, it’s only fitting that the month of October belongs to him. His gothic fantasies and horror films such as Beetlejuice, The Nightmare Before Christmas, and Alice in Wonderland have definitely earned him the title of Mr. Halloween.

Burton’s characters are unique and stand out like a sore thumb, as they should. He gives them such over-the-top features that just add to his aesthetics. They always have huge eyes, gangly limbs, and frizzled hair.

His style is so unique that the phrase ‘Burtonesque‘ was coined. His stop-motion animation has given us such classics as James and the Giant Peach and the Corpse Bride. Stop motion movies are a genre of animation films. However, instead of using drawings or computer-generated imagery, objects are physically manipulated in small increments between frames, to simulate motion. This is most commonly done in Claymation films.

People are so drawn to Tim Burton’s style that different exhibitions have been created to showcase his art.  From recreating his worlds, to his different sketches, to his myriad of monsters. People cannot get enough of this world he has made. People can step inside Burton’s world and be equal parts captivated and creeped out.

Tim Burton has been working with the Walt Disney Studio off and on since early in the 1980s. He has created live-action masterpieces like Through the Looking Glass and Dumbo. Not to mention all the animation- Frankenweenie, The Nightmare Before Christmas, James and the Giant Peach, and Corpse Bride. Burton was let go from Disney after his animated creation Frankenweenie.

As Tim puts it, he has a nice revolving door policy with Disney. It’s all based on projects and how companies change.

Thank goodness Disney still has a good relationship with him, otherwise we would have missed out on so much magic from Mr. Halloween.

What is your favorite Time Burton film? Let us know!