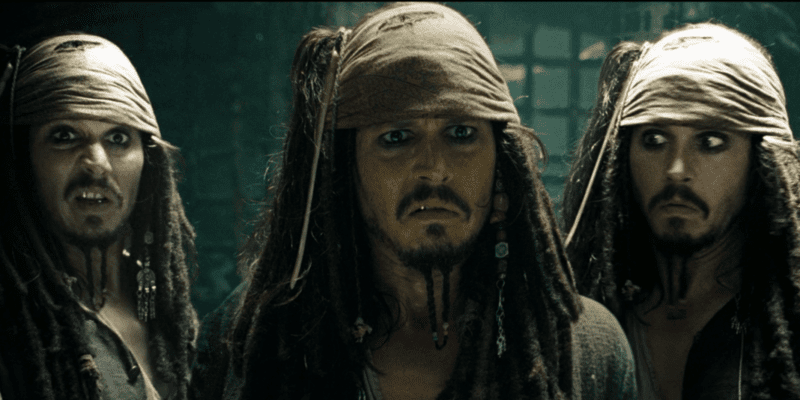 Johnny Depp’s return to the big screen following his resignation from Warner Bros.’s Fantastic Beasts franchise will be in the form of controversial figure King Louis XV of France from director Maiwenn. The actor, of course, is facing his own controversies currently and will soon head to court to face his ex-wife, Hollywood actress Amber Heard in a multi-million defamation suit.

And yet, in spite of the industry backlash towards the once hailed actor, Depp’s next movie is already garnering buzz ahead of Berlin’s European Film Market.

Actor Johnny Depp secured a number of roles from his youth in both film and television but it would be Disney’s Pirates of the Caribbean franchise that would launch the star to new heights. The Walt Disney Company’s swashbuckling adventure series went on to become a commercial success, even if the poor fourth installment — Pirates of the Caribbean: On Stranger Tides (2011) — was also the most expensive movie ever made. Depp’s Captain Jack Sparrow helped catapult the series with the help of co-stars Keira Knightley (Elizabeth Swann) and Orlando Bloom (Will Turner). It is Depp’s pirate, though, that gained significant fan-favorite status.

Depp is surely a big draw for audiences to return to the world of Pirates of the Caribbean, but it is unlikely that Disney will rehire the Hollywood actor following years of domestic abuse allegations and spiraling controversy. In fact, in replacement of Depp’s Jack Sparrow, both Karen Gillan (Guardians of the Galaxy, Jumanji: Welcome to the Jungle) and Margot Robbie (The Wolf of Wall Street, The Suicide Squad) have been linked to star in future Pirates projects.

While Depp did star in Minamata (2020), the film only found its US domestic release at the end of 2021. But, in an announcement celebrated by some and challenged by others, Depp will return to the screen in a yet-untitled movie from Maiwenn. According to Variety, the film will shoot for three months this year mostly at Parisian landmarks such as the Versailles Palace. Depp lived in France for years during his relationship with Vanessa Paradis, so it is likely that the actor will utilize the language in this upcoming French feature.

Seemingly, the Willy Wonka star’s turn as the controversial King Louis XV is already causing heat and turning heads despite the tricky movie market. As a financier talking to The Hollywood Reporter notes:

“At the moment, we’re waiting to see how things develop, what happens with omicron, to decide what projects we bring to Berlin, what we hold for Cannes, and what maybe we sell straight to the streamers.”

With the theatrical landscape extremely uncertain, Spider-Man: No Way Home‘s (2021) success is very much an anomaly in a pandemic-era of moviegoing, indie and art-house projects are causing a stir ahead of Berlin’s European Film Market, Maiwenn and Depp’s included. THR report:

Depp might be persona non grata in Hollywood right now, but the Pirates of the Caribbean star is still a major box office draw internationally, and this French project, in which he plays King Louis XV of France, should have no problem finding takers.

The divisive nature of Depp’s involvement in upcoming movies is a direct result of his relationship with Aquaman (2018) star, Amber Heard. In short, Heard penned an OpEd detailing her victimhood of domestic abuse in The Washington Post at the end of 2018 leaving Depp to launch a defamation suit against his ex-wife. Then, British tabloid The Sun coined Depp a “wife-beater” which saw the Edward Scissorhands (1990) actor issue a libel lawsuit against writer Dan Wootton and the News Group Newspapers company. Depp would lose the libel case and subsequently go on to lose his appeal with Justice Andrew Nicol.

It was after this litigation that saw Depp release a statement regarding his future as Gellert Grindelwald in JK Rowling’s Harry Potter spinoff, Fantastic Beasts. Mads Mikkelsen will now star as the dark wizard in the forthcoming Fantastic Beasts: The Secrets of Dumbledore (2022) alongside Jude Law (Albus Dumbledore). That being said, Depp recently received the prestigious Donostia Award from the San Sebastian Film Festival.

From Depp and Heard’s legal perspective, the two will go to court in front of Judge Penney Azcarate in Fairfax County, Virginia to plead their respective cases in the multi-million defamation suit. Heard’s lawyers have repeatedly attempted to have the case thrown out of court but, in a win for Depp, the suit will move forward. Heard has also been ordered to reveal both her alleged charity donations to the American Civil Liberties Union (ACLU) as well as phone records in relation to the domestic abuse injuries she reportedly sustained during her relationship.

Heard will next star in director James Wan’s DC Extended Universe sequel, Aquaman and the Lost Kingdom (2022). Depp’s turn as the French King Louis XV is yet to be confirmed.

Will you be watching Johnny Depp’s return to the screen? Let us know in the comments down below!