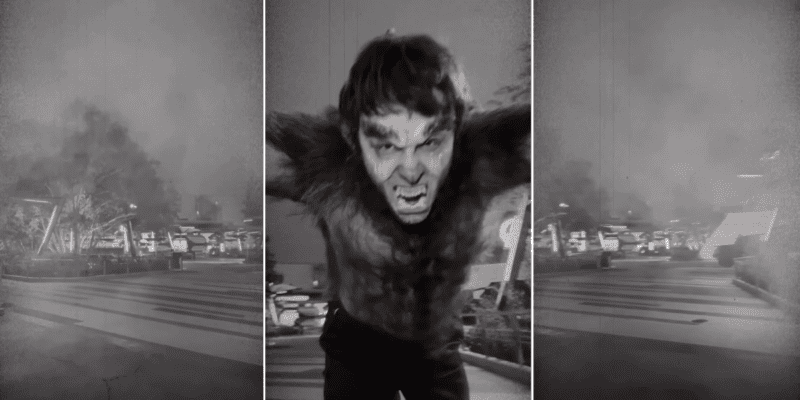 A terrifying werewolf has been spotted wreaking havoc in Avengers Campus at Disney California Adventure. Are you brave enough to face him?

With the latest special from Marvel Studios, Werewolf by Night, now available on Disney+, Disney Parks gave fans an exciting and slightly terrifying announcement, as the California theme park has reported sightings of Werewolf by Night on the loose in Avengers Campus at Disney California Adventure.

Disney Parks (@disneyparks) made the announcement on TikTok with a film noir video, evoking the classic horror aesthetic that can also be seen in Werewolf by Night, stating that the monstrous character will roam the immersive land starting tonight.

Who’s that lurking in the shadows?! Werewolf by Night is now on the loose in #AvengersCampus in #DisneyCaliforniaAdventure. Stream #WerewolfByNight on @disneyplus now! #Disney #DisneyParks #Disneyland #DisneyPlus

Who’s that lurking in the shadows?! 🐺 Werewolf by Night is now on the loose in #AvengersCampus in DisneyCaliforniaAdventure. Stream #WerewolfByNight on @disneyplus now! #Disney #DisneyParks #Disneyland #DisneyPlus

Disney did not reveal many details about this new character arriving at the Park, but given his nature, it can be assumed that he will only roam Avengers Campus during the nighttime for a limited time.

Werewolf by Night is the genre-breaking new entry to the Marvel Cinematic Universe, though the special would not seem like it belongs in the MCU at first. The short is officially and fully titled Marvel Studios’ Special Presentation: Werewolf by Night, starring Latino actor Gael García Bernal as Jack Russell and Laura Donnelly in the role of Elsa Bloodstone, while Mahershala Ali’s Blade is also reported to take on a supporting role and events that might tie into future Marvel Studios property, Midnight Sons.

Directed by Michael Giacchino, the story concerns a group of apparent monster hunters brought together with one catch — there is a monster in their midst. Taking on a plot like that of the ice-breaker game often played at parties and social gatherings, “Werewolf,” the group must discover who the imposter is, “among us”, while taking on the role of the “monster hunter.”

The arrival of Werewolf by Night to Avengers Campus is shocking, given that the special was not as publicized as other MCU projects like She-Hulk. However, the surprise will surely be welcomed by excited MCU fans and Guests visiting the California theme park.

In addition, Guests can meet Iron-Man, Spider-Man, Black Widow, Captain Marvel, Thor, Doctor Strange, Ant-Man, The Wasp, The Guardians of the Galaxy, Black Panther, and the Dora Milaje, who can currently be found at the Avengers Headquarters and the Ancient Sanctum within the Avengers Campus.

Have you watched Werewolf by Night on Disney+? Are you excited about meeting this character at Disney California Adventure? Let us know in the comments below!