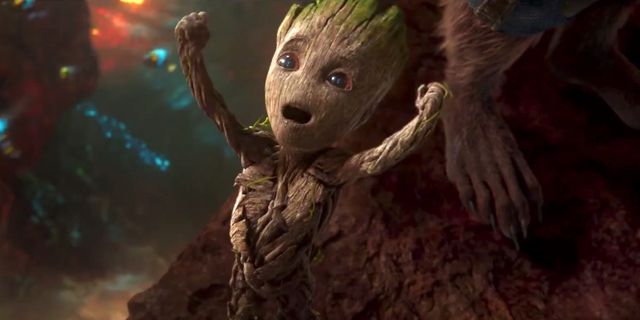 Vin Diesel reveals that a Groot movie is something Marvel is interested in and explains why the MCU hasn’t seen more Groot spinoffs yet.

After seeing I Am Groot, fans really wanted to see more of the character after seeing shorts of the fan favorite tree super hero after seeing him during his baby years. Guardians of the Galaxy was originally a risk for Marvel Studios as they prioritized making a movie on a team of character that not many people knew about and it was one of the most successful projects for them.

This success could easily be directed to James Gunn, the director for the super hero team who has made sure that the story told is the best one and has made two very popular MCU movies with the ragtag team. Now, Guardians of the Galaxy Vol. 3 (2023) is releasing this May and continuing the crew’s story, but fans already know it’s the end of the story for several members of the team meaning the Guardians of the Galaxy might be getting a few replacements if Marvel wants to continue telling their story.

Groot might have his chance to return back to his home world, and Vin Diesel hasn’t revealed whether or not he is done saing a few words for Marvel Studios — Groot’s vocabulary hasn’t expanded past “I am Groot”.

Not much is known about Guardians 3, but a trailer for the movie should release within the next few months as James Gunn has ensured fans that he is making sure the trailer has best CGI quality as fans try to dissect every frame for any clues.

Diesel shared online that his niece had to call him and tell how happy she was to see Baby Groot in the new animated shorts so the actor shared the story online with a tease of what Marvel wants to do with Groot if Diesel wants to continue exploring the character:

“So my niece called me and said… thank you uncle Vin for making I Am Groot, haha… the shorts written and directed by the talented Kristin Lepore. It was a blast making, but it’s also a blast watching it with my angels. No wonder Marvel wants to make the Planet X movie. All love. #FloraColossi #AlphaGroot #PlanetX“

Since Guardians 3 might have the original team go their different ways, it’s very possible for Groot to end up traveling home despite his exile and trying to reconcile his broken relationship with his people. The problem is that a Planet X movie might be better as a Marvel Special Presentation like Werewolf By Night as having most of the cast being plants would be disastrous for the audience if they keep hearing the same three words continously for two hours.

Do you think Vin Diesel will work on a Groot movie? Let us know what you think!