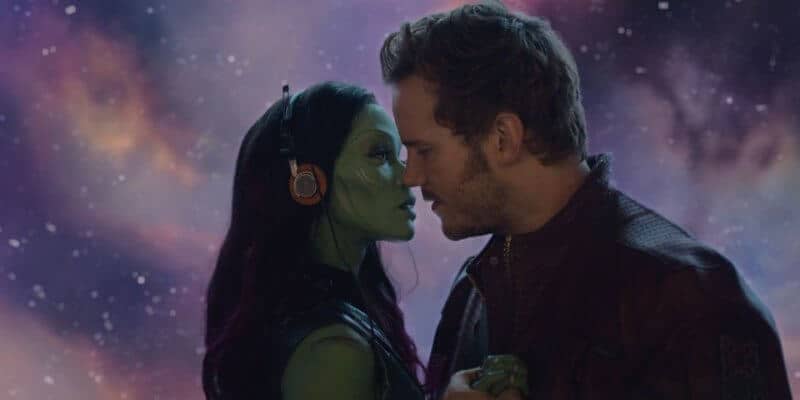 Looks like Guardians of the Galaxy Vol. 3 could have a Strictly Come Dancing cameo!

The new Guardians 3 film will be on of the Marvel Cinematic Universe’s first forays into Phase Five of the MCU and really get started with the Multiverse Saga story, that truly begins with Jonathan Majors’ Kang the Conquerer-centric Ant-Man and The Wasp: Quantumania.

Still reeling from the loss of Gamora, Peter Quill rallies his team to defend the universe and one of their own – a mission that could mean the end of the Guardians if not successful.

Although director James Gunn has kept mostly mum about the newest Guardians movie, we know for a fact that it might be a final farewell for the current Guardians cast. The fact that everyone in the cast was so emotional at this year’s San Diego Comic Con also adds to the likelihood of perhaps one (or more) of the beloved characters dying and saying goodbye for good. Some savvy sleuths even came up with a theory for which Guardian might be passing away this time.

Gunn however, is not keeping as quiet about this one scene — as he hilariously attaches a video from the recent British reality TV show Strictly Come Dancing:

Can’t decide whether I should keep this scene in Vol 3. Let me know what you think below.

Can’t decide whether I should keep this scene in Vol 3. Let me know what you think below. pic.twitter.com/G5aJcbTmOM

In the video, James Bye is dressed as Chris Pratt’s Star-Lord, dancing along to Blue Swede’s “Hooked On A Feeling” with their instructor and dance partner, Amy Dowden dressed as Zoe Saldaña’s Gamora.

In fact, knowing the iconic tongue-in-cheek humor of the Guardians of the Galaxy franchise, it’s probably not even that far a stretch to expect to see a small reference to funny instances like this one in the film.

What do you think of this new “Guardians 3 tease”? Are you excited for Guardians of the Galaxy Vol. 3? Share your thoughts in the comments below!