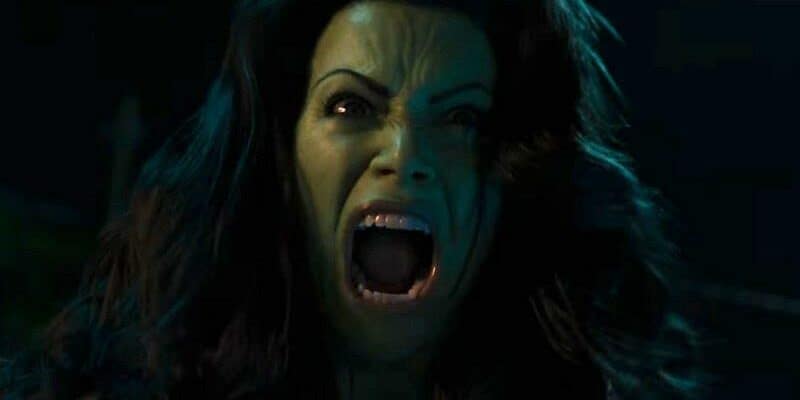 Shockingly enough, Marvel made a mistake that gave away some crucial details about what will happen in the She-Hulk: Attorney At Law finale which will debut next Thursday, October 13th.

This is a warning to fans wanting to run away from spoilers because this is the time when this news will unveil what Marvel accidentally slipped into Episode 8. While fans have their own thoughts about Daredevil’s inclusion in the series, the post-credit concept art for the episode had a weird error.

It seems that Marvel changed how the episode was going to be because one of the concept art had the wrong audio description, which was pointed out by a Reddit User, LTheLetter. After all, it shows off Daredevil doing the walk of shame while the text describes another scene not included in the episode.

The audio description details Tatiana Maslany’s Jennifer Walters/She-Hulk in the DODC (Damage Control) and holding a sign with her name on it for a mug shot:

“In a mug shot, She-Hulk holds up a board reading: Jennifer Walters, aka She-Hulk DODC.”

While the episode ends with Damage Control surprisingly right there waiting for Jennifer Walters as she breaks through the wall of the Gala, it seems that she was not only set up by Intelligencia, but the sinister organization might be using Damage Control against her.

So far, fans have seen Damage Control in Spider-Man: No Way Home (2021), Ms. Marvel, and now She-Hulk meaning the organization is quite active in the MCU and almost appears more than some significant super heroes like Anthony Mackie’s Captain America, which is a little concerning.

Now we know the finale will probably start with Walters in custody by Damage Control, which means that Walters will either have to break her way out — thus becoming an outlaw — or she might somehow learn more about who did this to her, but there are still quite a few loose threads left to resolve in the series.

Just like any MCU series, the finale won’t be long enough, and most of the points will be jam-packed into the episode to a somewhat satisfying conclusion, but it’s unclear if She-Hulk will show fans what Mark Ruffalo’s Bruce Banner/Hulk is doing on Sakaar and whether or not we have seen the last of the Abomination despite trailers indicating that he might appear once again.

Comments Off on Marvel Accidentally Spoils ‘She-Hulk’ Finale Before Debut