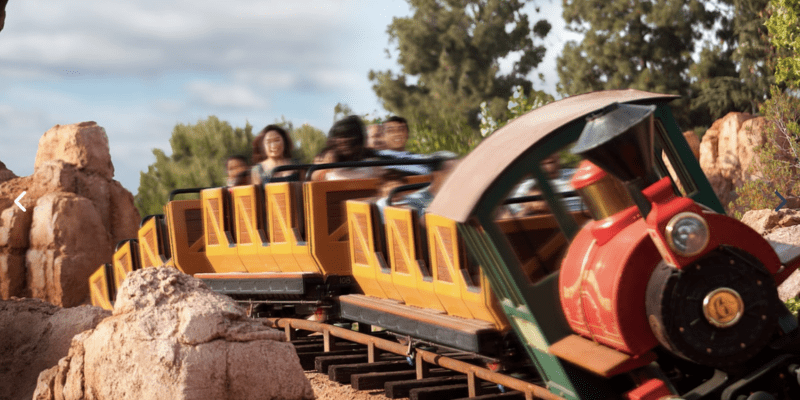 One of the most legendary rides at the Walt Disney World Resort has to be Big Thunder Mountain Railroad. Not only is this roller coaster historic, but it also highlights a golden age in Disney Imagineering.

Relying solely on its own story, Big Thunder Mountain commands you to take a look at it as you approach it from all angles. On Big Thunder Mountain Railroad, Guests will “race through a haunted gold mine” aboard a speeding train. The experience is thrilling but also remains fun for the whole family.

Guests have come to love the ride so much that it can now be found at Disneyland, Magic Kingdom, Tokyo Disneyland and Disneyland Park in Paris. And speaking of this roller coaster, one Guest had a very unique experience aboard “the wildest ride in the wilderness” recently.

A video shared on Reddit made some waves in the Disney Park community, showing a Guest riding Big Thunder Mountain Railroad by themselves on the very day we found out the entire Walt Disney World Resort would be shutting down due to Hurricane Ian.

The full video can be seen below:

Solo ride on Big Thunder Mountain during the fireworks for Mickey’s Not So Scary Halloween Party! What an awesome experience. Stay safe out there, folks!

Solo ride on Big Thunder Mountain during the fireworks for Mickey’s Not So Scary Halloween Party! What an awesome experience. Stay safe out there, folks! from WaltDisneyWorld

As you can see, the Guest has an absolutely incredible view of the nightly fireworks at Magic Kingdom as well as a completely empty train car. The Guest was even lucky enough (or thoughtful enough) to sit in the back seat, the spot that many would consider “the best” on this specific attraction.

The good times wouldn’t last long, however, as Disney World would close the following day. We recentlye reported that Ian had strengthened from Category 3 to Category 4 in under 24 hours. According to NPR, the storm rapidly intensified overnight, reaching top winds of 155 miles per hour.

As the theme parks are going through phased reopenings today, there have been more photos and videos to surface of damage done by the storm.

Over at Universal Orlando Resort, two attractions saw notable damage, including The Incredible Hulk Coaster– which was under water— and Jurassic Park River Adventure– which saw a gaping hole in its building.

More on the classic roller coaster at Magic Kingdom: