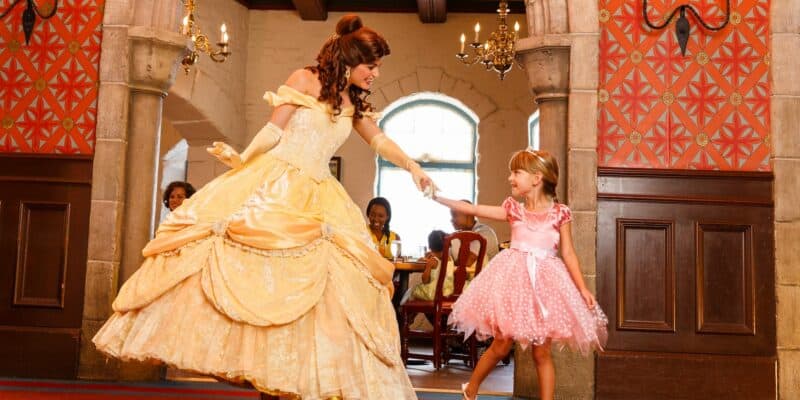 “Dining used to be at least half the fun…”

There’s much to love about the Walt Disney World Resort, and, of course, many fans return year after year to experience all things attractions, characters, dining, and more. But, along with the love comes increasing tension and contention over the Disney Parks brand’s recent operational and Resort changes.

Chief Executive Officer of The Walt Disney Company Bob Chapek is under continuous fire for his leadership post-pandemic, bringing in new services such as the Park Pass and Park Hopper ticket reservation systems, and the ever divisive Disney Genie+ and Lightning Lane “FastPass” replacement. While the latter has been deemed a lot of things, including a cash grab, quarterly results have shown that Guests are utilizing Genie+ and the a la carte Lightning Lane options to access their favorite attraction in increasing quantities.

These, as well as other factors such as the lukewarmly-received 50th anniversary celebrations (including the Disney Enchantment takeover of Happily Ever After at Cinderella Castle), have caused many to state that the Disney Resort has “lost its magic”. Some strongly stand by this claim while others refute it, suggesting without the increase of paywalls and the elevated pricing of existing experiences that the Disney Park empire would not have bounced back in the way it has.

That being said, the popular Walt Disney World subreddit has fans discussing what they would skip on their next visit to The Most Magical Place On Earth, and the overwhelming response is that table service dining should be missed on a Guest’s future trip to Disney World… and here’s why.

User Mountaineer78’s comment sums up many of the feelings towards table service, or sit-down meals, at Walt Disney World:

Every trip we take, we eat fewer sit-down meals. Our most recent week-long trip, we did 3 (Whispering Canyon, Space 220 and Cinderella’s Royal Table). The next trip, maybe one or two. The time and cost relative to quality just makes it not worth it to us for the most part.

User ForgottenSudo adds their reply to the above statement:

This disappoints me so much. Dining used to be at least half the fun (just going with adults). The quality and service were amazing. The service is usually still very good but the quality and variety just aren’t there.

According to the official Walt Disney World website, there are around 138 options when it comes to table service restaurants including character dining and reservation-only dining inside the Disney World theme parks and across the plethora of Resort hotels and Disney Springs. There is much to choose from, including old favorites and buzzy newcomers.

Recently, Winnie the Pooh and the other Hundred-Acre Wood friends were announced to return to the beloved Crystal Palace Breakfast buffet in Magic Kingdom Park, and just last year the immersive Space 220 restaurant opened in EPCOT, giving Guests a chance to soar up over the former Future World and World Showcase before enjoying their meal amidst the stars.

But, despite the variety, many more fans of the Disney World Resort would gladly skip table service dining on their next trip.

Akershus is ridiculously overpriced. We had great princess interactions for our daughter but $50 a person for a basic family style breakfast is insane. I was shocked that we only got pancakes, bacon, sausage, and tots along with a small buffet for that price. Plus all of the food was underwhelming. Topolino’s Terrace and Trattoria Al Forno (if it ever has characters come back) have amazing food and great character experience.

In a similar grumble, some comments state that EPCOT’s newest dining addition, Space 220, is not worth the cost; the Lunch service is $59.99 per adult and the Dinner sitting is over $60 per adult. User natalierex lambasts the pricey offering:

The thing is it does visually look incredible but it’s so sterile and soulless that the novelty wore off by the time my main course arrived. The jarring atmosphere was also counteracted by the fact it was so noisy in there too. It felt like you had to convince yourself you were having a great time because you’d been lucky enough to score reservations in the first place.

So from Akershus to Space 220 to Cinderella’s Royal Table, many Guests — not all, of course — feel like Disney World table service dining has taken a steep plunge, both in quality and the pricey increase of select experiences. Talking of pricey experiences, The Dining Room at Victoria & Albert’s at Disney’s Grand Floridian Resort Hotel & Spa reopened with the prix-fixe menu starting at $295 per adult without alcohol — that will set a Guest back another $150.

With prices up across the board, Disney Parks will likely continue to cause a ripple effect where Guests opt to dine elsewhere in order to make the most of their Disney vacation experience.

What are you skipping on your next trip to Walt Disney World? Let us know in the comments down below!