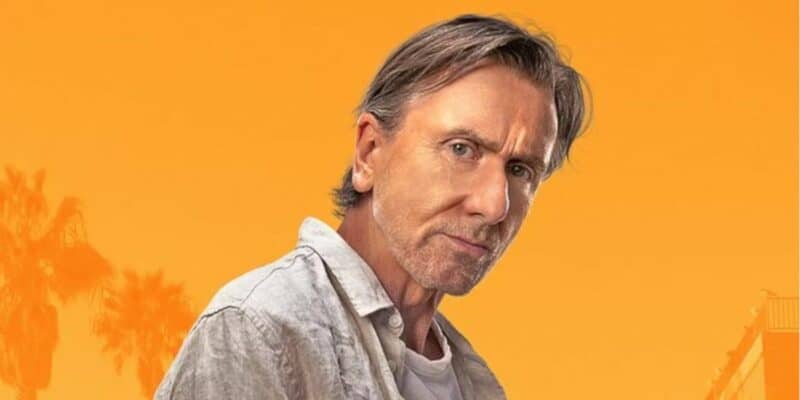 She-Hulk: Attorney at Law is the latest entry in the Marvel Cinematic Universe’s Phase Four. It follows Tatiana Maslany (Oprhan Black) as Jennifer Walters/She-Hulk as she struggles to balance her life as a lawyer with her newfound responsibility as an Avenger. After being exposed to her cousin Bruce Banner/Hulk (Mark Ruffalo) gamma-powered blood, Jen Walter transformed into the Sensational She-Hulk, and she will have to battle foes both in and out of the courtroom.

The first episode of She-Hulk ended with Jen Walters revealing herself to the Marvel Universe in order to stop Titania (Jameela Jamil). This got her fired from the District Attorney’s office and getting hired by Holden Holliway (Steve Coulter) for the Superhuman division of the law office of Goodman, Lieber, Kurtzburg & Holliway (GLK&H). And her first case in none other than Emil Blonsky/Abomination (Tim Roth), who last appeared as an Easter Egg in Shang-Chi and the Legend of the Ten Rings (2021) in a cage fight in Madripoor against Sorcerer Supreme Wong (Benedict Wong).

That was after a thirteen-year absence from the Marvel Cinematic Universe since Incredible Hulk (2008). While other characters from the Phase One film have returned to the MCU, such as General Thaddeus “Thunderbolt” Ross (William Hurt), Tim Roth has not been seen since the Hulk film that starred Edward Norton as Bruce Banner. So if you have not watched one of the few Marvel movies not available on Disney+, it’s not surprising if you don’t remember who exactly Emil Blonsky is.

What is Abomination’s origin story?

Emil Blonsky first appeared in Marvel Comics in Tales to Astonish #90 (January 1967) by Stan Lee and Gil Kane. In the comics, Blonsky was a Yugoslavian spy who infiltrated the base where Bruce Banner was conducting his gamma radiation experiments. Emil Blonsky used Bruce’s gamma machine to expose himself to radiation and luckily had a similar enough genetic make-up to synthesize the gamma radiation.

He transformed into a green monster that Betty Ross named Abomination. In the comics, he was not able to return to his human form, but he did retain his intelligence, much like She-Hulk and other Hulks. In Marvel Comics, Bruce Banner has Dissociative Identity Disorder (DID) just like Marc Spector/Moon Knight (Oscar Isaac) after his childhood trauma of being abused by his father, which created his Hulk persona.

Abomination’s origin story in the Marvel Cinematic Universe is different from his comic book counterpart. Emil Blonsky was a Russian-born, British-raised Royal Marines commando on loan to the U.S. government. He took a corrupted version of Steve Rogers/Captain America (Chris Evans) super soldier serum and became the Abomination.

What are Abominations powers?

Abomination is a variation of the Hulk. As such, he has a lot of the same powers of super strength, durability, speed, agility, stamina, as well as a regenerative healing factor as Tony Stark/Iron Man (Robert Downey Jr.) would put it – the ability to “turn into an enormous green rage monster.”

Unlike Bruce Banner, who is a scientist, Emil Blonsky had extensive combat training before becoming the Abomination. As Bruce Banner pointed out to Jen Walters in the first episode of She-Hulk, “once people start seeing you as a monster, that never goes away.” And while Smart Hulk is praised as one of Earth’s Mightiest Heroes after restoring half the universe with a snap of his fingers, Emil Blonksy has been locked away.

Related: ‘Deadpool 3’ Could Be “Reimagined” For The MCU Under Disney

Per Marvel Fandom, his powers differ from Bruce Banner’s because:

“Blonsky was injected with an imperfect variant of the Super Soldier Serum. As a super soldier, despite physically being aged beyond his natural prime, he has shown to have capacities and performance similar to the levels of Captain America. However, the imperfect serum also caused a number of side effects, including mental and physical deterioration, making him overly aggressive and deforming his vertebral column.”

Some of the biggest differences between Hulk and Abomination’s powers include sharp spikes on his arms, elbows, back, and feet. In the comics, the Abomination’s lung capacity is also higher than the Hulk’s, allowing him to breathe underwater for longer periods of time, but that has not been seen in the MCU yet.

How does Abomination fit into the MCU?

She-Hulk: Attorney at Law seems to be trying to set Emil Blonsky up for a redemption arc. He has made his peace with his victims and Bruce Banner and is ready to rejoin society. Blonksy was originally taken to the SHIELD prison, the Vault, but after the collapse of SHIELD in Captain America: The Winter Soldier (2014), he ended up in the custody of the Department of Damage Control.

However, Marvel fans fear that Blonsky has not completely changed his ways and that his release will add him to the roster of potential Thunderbolts. The team of antiheroes or evil Avengers has been teased since The Falcon and the Winter Soldier with Julia Louis-Dreyfus’s surprise cameo as Contessa Valentina Allegra de Fontaine. Possible members include U.S. Agent /John Walker (Wyatt Russell), Baron Helmut Zemo (Daniel Brühl), Yelena Belova (Florence Pugh), The Punisher/Frank Castle (Jon Bernthal), Ghost Ava Starr (Hannah John-Kamen), and even Bucky Barnes/Winter Soldier (Sebastian Stan).

She-Hulk was predicted to introduce Red Hulk, but that appeared to have been scrapped when William Hurt died. Abomination could then step up to become the leader of the Thunderbolts when they show up in Phase Five’s Thunderbolts on July 18, 2024.

Let us know if you have more questions about Tim Roth’s Emil Blonksy, AKA Abomination, and how you expect his story in She-Hulk: Attorney at Law to end.

Comments Off on If You Forgot Who Tim Roth’s Abomination Was, Here’s a Quick Refresher